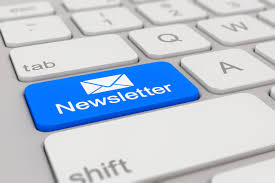 Refi Mortgage Can Take Priority Of Prior Mortgage 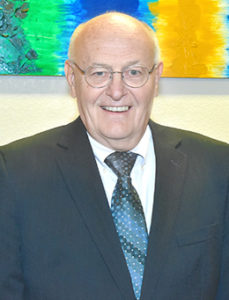 A mortgage used to pay off prior mortgages can assume the priority of the paid-off mortgages under the doctrine of conventional subrogation, two decisions of the Illinois Appellate Court reaffirmed recently.

Moreover, where the new mortgage loan’s proceeds are insufficient by themselves to pay off the old debts, there is no reason to bar partial subrogation where the prior debts are fully paid and the other source of funds is not claiming subrogation.  Wilmington Savings Fund Soc., FSB v. Zarkhin, 2019 IL App (2d) 180439.

In Zarkhin, the plaintiff filed a foreclosure action and was met with a contest of its first-mortgage status by a mortgagee whose loan was granted a month earlier and whose mortgage was recorded two months earlier than plaintiff’s.  However, the court said that for priority purposes the plaintiff had, by agreement, stepped into the shoes of the two mortgagees it had principally refinanced, which loans had pre-dated that of the objecting creditor.

“Conventional subrogation,” the panel said, “is contractually based: it arises from an agreement between the parties to the later-

The Zarkhin court ruled that allegedly failing to do a title search was not gross negligence and that the subrogation doctrine does not require the agreement of the intervening creditor.  “Were a request to an intervening lender for permission to subrogate a prerequisite to conventional subrogation, there would be little if any vitality to the [subrogation] doctrine,” the court said.  “No authority states that a lender who wishes to succeed to the priority of a senior mortgagee must accommodate an intervening mortgagee.”

In Lobo, the issue was whether mortgages given to turn construction loans into permanent loans could take the priority of the construction loans when a contract to sell the property had been made in the interim.  The court said “equity compels the result: if Lobo executed its purchase agreements subject to the existence of mortgages on the properties, then it is irrelevant whether those mortgages are held by the original lenders or by Lakeside [the permanent lender], provided that the other elements of conventional subrogation have been satisfied.”

Moreover, the court said the buyer was not harmed.  “Lakeside’s mortgages did not further encumber the properties but, in essence, simply exchanged one lienholder for another.”

The five-year statute of limitations of 735 ILCS 5/13-205, not the four-year statute of the Uniform Commercial Code (810 ILCS 5/2-725), applies to suits for breach of a store-issued credit card which can be used only in the issuing store, a panel of the Fifth District Appellate Court held recently.

Ruling in Fifth Third Bank v. Brazier, 2019 IL App (1st) 190078, the panel last month rejected an argument that because the current plaintiff was not named in the document it had to proceed under the five-year statute for unwritten contracts.  The panel said the ten-year statute expressly applicable to promissory notes applied notwithstanding the transfer.

“The very nature of negotiable instruments, such as the note at issue here, is that they can and may be transferred, with the new owner able to enforce the obligations of the maker of the instrument,” the panel said.  “If we accepted defendant’s argument, there would be a 10-year statute of limitations for actions on promissory notes by the original holder under section 13-206 but a 5-year statute of limitation for actions brought on the same note by a subsequent holder under section 13-205.  Of course, there is nothing in either the plain language of the Code or its legislative history that supports this contention.”

Judgment for the bank was affirmed.

Sharp Thinking is an occasional newsletter of Sharp-Hundley, P.C. addressing developments in the law which may be of interest.  Nothing contained in Sharp Thinking shall be construed to create an attorney-client relation where none previously has existed, nor with respect to any particular matter.  The perspectives herein constitute educational material on general legal topics and are not legal advice applicable to any particular situation.  To establish an attorney-client relation or to obtain legal advice on your particular situation, contact a Sharp-Hundley lawyer at 618-242-0200 or one of the addresses provided on page 2 of this newsletter.

Posted in 2019, Business Transactions, Real Estate, Uncategorized
← Court May Not Hold Creditor In Contempt If There Is “Fair Ground of Doubt” As To Legality Of His ActsMunicipality May Be Liable In Quantum Meruit Even Though Contract Is Void In Law, Court Says →