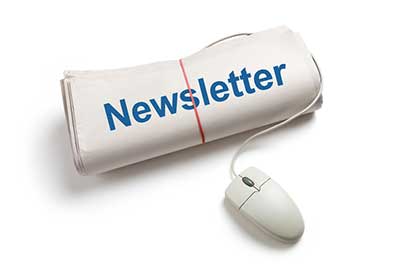 Decades of apparently settled law governing post-judgment collection methods apparently were turned on their heads by a decision of the Appellate Court in Chicago last month.

Ruling in MI Mgmt., LLC v. Proteus Holdings, LLC, 2018 IL App (1st) 160972, a unanimous panel said that the failure of the judgment creditor to have the affidavit for non-wage garnishment signed and notarized and its failure to have the certificate of attorney or non-attorney signed were “technical defects . . . not so serious as to preclude the circuit court from acquiring personal jurisdiction over [garnishee].”

In MI, plaintiff obtained money judgments against Proteus Holdings, LLC and two of its principals.  It then issued wage and non-wage garnishments against a related company, Proteus Group, which ignored the garnishments.  Finally, faced with a motion to confirm conditional judgments against it, Proteus Group filed an “emergency motion” to quash service of the garnishment summonses.  It argued the summonses “were fatally defective because MI did not sign and notarize the affidavit for nonwage garnishment, as required by section 12-701” of the Code of Civil Procedure (735 ILCS 5/12-701).  The Circuit Court quashed the summonses and vacated the conditional judgments.

To this point, the reader may be inclined to think that the MI panel just got it wrong and that the opinion should be regarded as an outlier of limited precedential value.   But there’s more – much more.  The appellate panel delved deeply into just what cases have meant when they characterized signed garnishment affidavits as “jurisdictional” and – for the first time, to this writer’s knowledge – applied the teachings of Belleville Toyota, Inc. v. Toyota Motor Sales, U.S.A, Inc., 199 Ill.2d 325 (2002), in the judgment-enforcement context.

Relying upon Belleville Toyota’s analysis of the constitutional amendments of 1964 and their subsequent incorporation into the Illinois Constitution of 1970, the panel said that after 1964 the old jurisdictional doctrines in statutory cause-of-action cases went out the window.  This is because those doctrines were elements of subject-matter jurisdiction under the Constitution of 1870, whereas the current regime gives the Circuit Courts subject-matter jurisdiction in virtually all “justiciable matters.”

Applying Belleville Toyota in the post-judgment context, the panel found that all of the cases relied upon to quash the

garnishment summonses were pre-1964 – and applied the old theory of subject-matter jurisdiction.  So, the panel rejected those cases and jumped to its conclusion that the function of a garnishment summons was to give notice to the garnishee “that an action had been commenced against it.”  The summonses without signatures did that, so they should not have been quashed, the panel ruled.

However, a properly-issued garnishment summons does more than notify the garnishee that it is being sued.  It commands that the garnishee restrain property of another, tells garnishee the extent of that restraint, and protects the garnishee against claims by the judgment debtor for that property.  The requirement that the document commencing the garnishment be verified (and that the amount due be certified) were thought to be important safeguards against abuse of the garnishment process – not mere “technical defects . . . not so serious”, “form” without “substance”.  These considerations were ignored by the MI panel. 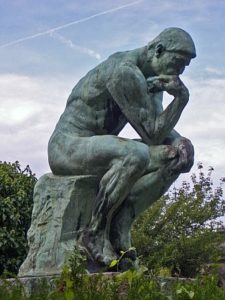 It’s said that hard cases make bad law, and it is tempting to say this was one of them.  At its outset, the opinion lamented that the judgment debtor and its affiliates had held off enforcement of the judgments for four years.  Plainly, the panel didn’t want to contribute to what it perceived to be a pattern of delay.  Equally important, the garnishee making the objections in MI was a corporate affiliate – not a true third party.  Whether the panel would have jumped so quickly from its rejection of the historical jurisdictional theory of garnishments to its “it’s just notice” conclusion had a true third party been involved is unclear.

That second look could come on rehearing before the same appellate panel or by a petition for leave to appeal to the Supreme Court.  Fewer than 10% of civil petitions to appeal are granted, so the prospect of Supreme Court review may appear slight.  Perhaps we shall have to wait on other appeals to see whether other panels follow MI in its jump to treating garnishment summonses as just notice.

Posted in 2018, John Hundley, Sharp Thinking
← Corporate Officers Have No Duty To Second-Guess Board Of DirectorsCourse-Of-Dealing Doctrine Applies In Non-UCC Cases →