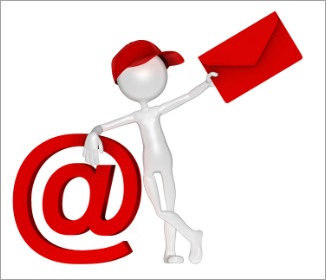 A party must read the actual notice of lis pendens and may not rely upon an erroneous summary thereof provided by a recorder of deeds, a panel in the Appellate Court’s First District has held.  In Bayview Loan Servicing, LLC v. 2010 Real Estate Foreclosure, LLC, 2013 IL App (1st) 120711, the appellant had thought it purchased property free and clear at a second-mortgage sale unaware that the first mortgage on that property was in fact in force and being foreclosed upon (a fraudulent release of the first mortgage had been recorded).  It sought vacation of the foreclosure sale in the first-mortgage case, arguing that justice would not be done if the property were awarded to the first-mortgage foreclosure purchaser.  Holding that the appellant should have read the actual lis pendens which had been recorded, the panel said it “will not vacate the confirmation of a judicial sale at the insistence of an interested party whose complained-of error was the result of its own negligence.”

Mere passage of time – even 48 years – is by itself insufficient to invoke the doctrine of laches to prevent reformation and construction of a deed, a panel in the Appellate Court’s Fifth District has held.

Ruling in a case brought by a government body, for which it also said mere nonaction was 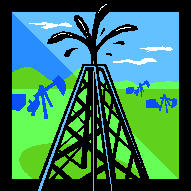 insufficient to invoke the doctrine, the court in Department of Natural Resources v. Waide, 2013 IL App (5th) 120340, found erroneous an exclusion of one-fourth of the oil and gas interests in an executor’s deed issued in 1960.  The Department contended that the exclusion was properly construed to refer to a previously-created exclusion (which the Department had acquired) and not to the creation of a new reservation.  Decades later, when oil was discovered, the descendants of the granting estate started paying taxes on the purported reservation and receiving royalties.

That defendants would lose income from the royalty payments “does not constitute an extreme detriment or hardship to justify the application of laches,” the court said, because defendants “were not the owners of the property interest and should not have received the royalty payments in the first place.  The loss of a benefit to which they were not entitled is not a compelling circumstance warranting the imposition of laches.”

A special warranty deed – even if it excepts only taxes not yet due and payable – does not make the grantor liable for a tax lien arising before it owned the property, even if a petition for a tax deed is filed during the grantor’s ownership of the property, a panel in the Appellate Court’s First District has held.

In Chicago Title Ins. Co. v. Aurora Loan Services, LLC, 2013 IL App (1st) 123510, defendant acquired property at a foreclosure sale after delinquent taxes had been sold.  Defendant did not redeem them, and sold the property to plaintiff’s subrogor by special warranty deed one day after the tax purchaser applied for a tax deed.  The tax sale purchaser had filed a notice of lis pendens.

In the special warranty deed, the grantor covenanted “that it has not done or suffered to be done anything whereby the said premises hereby granted are, or may be, in any manner encumbered or charged,” excepting taxes not yet due and payable.  PlaIntiff argued that by allowing the prior tax encumbrance to remain on the property, grantor breached that covenant.

claiming by and under the grantor,” the court said a “special warranty is a limited form of warranty and recovery is only available if the defect in title occurs because of an act of the grantor” and the limited warranty “does not render the grantor liable for defects in the title based on events that transpired when the property was in the hands of a prior titleholder.”  It said a special warranty against title or encumbrances “is breached only if the grantor’s own conduct creates an encumbrance on the title.”

The court rejected an argument that deed’s use of the language “suffer” changed those rules.  Quoting Thompson on Real Property, it said that “‘suffered’ in this context doesn’t mean ‘tolerated.’  It means ‘caused to be placed.’”  Because it was not the grantor’s non-payment of taxes which caused the tax lien to encumber the property, the limited warranty was not breached, the court said.

735 ILCS 5/12-101 has been amended to bring it up-to-date with respect to current statutes on registration of foreign judgment.  Previously, the section had continued to reference 735 ILCS 5/12-601 through 5/12-617 even though those provisions had been repeated in 1991.

Strict compliance with the redemption right notice provisions of Property Tax Code § 22-5 (35 ILCS 200/22-5) is required in order to receive a tax deed, and a notice that states the last date for redemption is a Saturday is invalid, a panel in the Appellate Court’s First District has ruled.  In re Application of County Treasurer, 2013 IL App (1st) 130103, affirmed a trial court’s denial of a tax deed even when no party raised any objections to the notice served.  The panel did not discuss the validity of deeds issued by courts which did not realize the notice defect or which applied the “substantial compliance” approach urged by the tax purchaser.