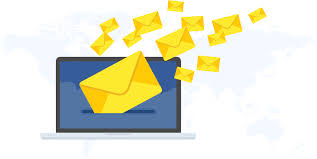 A trial court need not conduct an in camera review of the subject communications in order to hold that they are subject to the crime-fraud exception to the attorney-client privilege, the Illinois Supreme Court has reiterated.

Moreover, the court has reinforced prior precedent that the focus in such an inquiry is not on the legitimacy of the services provided by the attorney, but on the intent of the client, and that the communications may be subject to the crime-fraud exception if they are in furtherance of a crime or fraud even though the attorney is ignorant and innocent of the wrongdoing.  People v. Radojcic, 2013 IL 114197.

In Radojcic, the evidence indicated that the client had orchestrated a scheme under which a series of apartment buildings were converted to condominiums, units in the condos were then sold to straw men with fraudulently-obtained mortgages, which straw men then sold the units back to a client-affiliated entity, which then operated them as apartments and received federal “Section 8” subsidies for them.  The attorney resisted application of the crime-fraud exception on the ground that his work in the condo conversions and the deeding to the unit purchasers were legitimate legal work.

The Supreme Court rejected that logic, ruling that “even if the communications between Radojcic and Helfand did not touch on the mortgage applications . . . any legal consultations between [them] that related to the real estate transactions identified in the indictment furthered Radojcic’s mortgage fraud scheme.”  “An attorney may be completely innocent of wrongdoing, yet the privilege will give way if the client sought the attorney’s assistance for illegal ends,” it said.

To find that the exception applies, the trial court must receive evidence sufficient to provide “a

reasonable basis to suspect the perpetration or attempted perpetration of a crime or fraud” by the client and that the consultation with or services of the attorney were somehow “in furtherance of” the client’s illegal activity, the court said.  Moreover, it ruled, contrary to federal courts, that whether the crime-fraud burden had been satisfied would be decided by de novo review, not by utilizing an abuse-of-discretion standard.   The trial court had found the exception was not established.

P.A. 98-0557 amended 735 ILCS 5/2-1602 to include a subsection (h) which provides that such proceedings “may continue to conclusion without revival of the underlying judgment so long as the enforcement is done under court supervision and includes a wage deduction order or turn over order and is against an employer, garnishee, or other third party respondent.”  The provision applies to wage withholdings under 735 ILCS 5/2-1402 as well as those under 735 ILCS 5/12-801 et seq.

The new act also makes clear that a court in a citation proceeding may enter any order that could be entered under the Garnishment Statute, 735 ILCS 5/12-701 et seq.  It further amends 735 ILCS 5/12-705 to provide that garnishment summonses may be served in the manner provided by Supreme Court Rule 105 for service of papers seeking additional relief against parties in default, except that publication service may not be employed in the garnishment context.

Settlement Funding, LLC – a major purchaser of structured settlements – has been found to have committed fraud upon the court in obtaining approval of its purchase of two such annuity contracts.

In a case decided by a panel of the Fifth District upon special order of the Supreme Court, Settlement Funding was found to have committed fraud upon the trial court by failing to disclose anti-assignment provisions in those contracts.  It also improperly venued its transfer-approval cases in the Fourth District when they should have been filed in Cook County, and it apparently failed to serve the transferor with process in the approval cases.  Settlement Funding, LLC v. Brenston, 2013 IL App (4th) 120869.

In a structured settlement, the defendant typically agrees to provide a future income stream for the injured party by purchasing one or more annuity contracts for the victim’s benefit.  In Brenston, the defendant purchased two such annuities for the plaintiff, and both contained anti-assignment provisions which Settlement Funding did not reveal to the trial court in obtaining approval of assignment of those contracts to it.

“[O]ur courts have consistently held that where a structured settlement agreement does not permit the payee to assign her periodic payments, the trial court must enforce the anti-assignment 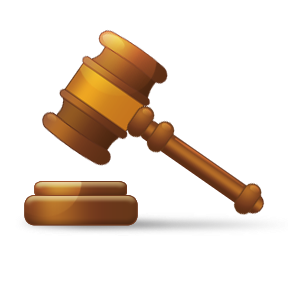 provision and it has no authority under the [Structured Settlement Protection] Act [215 ILCS 153] to grant a petition seeking approval of the transfer of structured payment rights”, the court said.  It said that by failing to disclose the anti-assignment provision to the trial court, Settlement Funding “conceal[ed] a material fact . . . . [T]he transfer orders were procured by a fraud on the court and . . .  they are, therefore, void ab initio.”

Because the transfer judgments were procured by fraud on the court, they could be challenged at any time, the panel said.  It reversed the trial court’s dismissals of the victim’s 735 ILCS 5/2-1401 petitions attacking those judgments, ordered that the petitions be granted, and instructed that a hearing be held to restore her to the economic position she held prior to the legally ineffective transfer of her annuities.