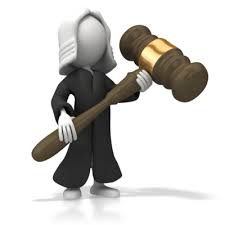 Citation Respondent May Rely on Face of Un-Freeze Order

A respondent that has frozen an account in response to a citation to discover assets is entitled to unfreeze that account upon receipt of an order “the most reasonable reading of which” unfreezes the account, the U.S. Court of Appeals for the Seventh Circuit has held.

In making the ruling, the court in Mendez v. Republic Bank, 725 F.3d 651 (7th Cir. 2013), expressly rejected the idea that the citation respondent has a duty to inspect the court file – or even the court docket – to determine the meaning of an allegedly ambiguous court order.  In Mendez, the face of the order suggested the subject account had been unfrozen, although the court’s comments in subsequent proceedings indicated that it had not.

In weighing whether the respondent bank should be held liable for an improper release, the 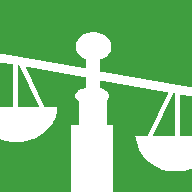 The decision is consistent with but distinguishable from Hicks v. Midwest Transit, Inc., 531 F.3d 467 (7th Cir. 2008), discussed in Sharp Thinking No. 18 (March 2009).  In Hicks, the court held that a broker served with an attachment order regular on its face had no duty to explore validity questions which could only be answered from extraneous sources.

No Cause of Action Under HAMP

However Reitz v. Nationstar Mortgage, LLC, __ F.Supp.2d __, 2013 WL 3282875 (E.D. Mo. 2013), and an apparent majority of cases in the Eighth Circuit, part ways with Wigod on whether HAMP may be enforced through state common law theories.  Suggesting but not holding that HAMP preempted state causes of action, the Reitz court went on to find that plaintiff’s complaint failed to state causes of action under Missouri law in any event.

A bank customer seeking to use tort law to hold a bank liable for provisionally accepting what turned out to be a counterfeit check has struck out under Illinois’ “economic loss” doctrine.

In Dixon, Laukitis & Downing, P.C. v. Busey Bank, 2013 IL App (3d) 120832, the bank customer was a law firm that fell victim to the international check scammers who have been targeting lawyers in recent years.  See Sharp Thinking No. 54 (November 2011), No. 56 (January 2012).  Like the law firms discussed in those issues, plaintiff accepted and deposited what looked like a legitimate check and then paid out the bulk of its proceeds before the check had been finally settled.  When the putative issuing

bank returned the document as bogus, the provisional credit was reversed and the firm was left with a substantial debit to its trust account.  It sought to use both Illinois’ enactment of the Uniform Commercial Code (810 ILCS 5) (“UCC”) and common-law negligence principles to hold the bank liable for accepting the check without warning that it might dishonor the deposit later.  The Appellate Court rejected both of the firm’s arguments.

Citing 810 ILCS 5/4-103(c), the court held that action or non-action approved by Article 4 of the UCC was the exercise of ordinary care.  “UCC compliance is nonnegligent as a matter of law,” it said.  Because UCC §§ 4-201 and 4-202 create the system for provisional acceptance and place the ultimate risk of eventual charge-back upon the depositor, the court said the firm’s arguments to the contrary were without merit, as UCC provisions “displace common law negligence principles.”

Moreover, it said, under the common law a collecting bank does not owe a duty to its customer to inspect a check later determined to be counterfeit, nor any duty to remind customers that they bear the risk of loss until the check is finally settled.

Furthermore, the court said, the firm’s attempt to use tort theory ran afoul of the “economic loss” rule of Moorman Mfg. Co. v. National Tank Co., 91 Ill.2d 69 (1982).  Distinguishing a federal case that suggested an implied duty of care implicit in a contract “may support” an exception to Moorman, the court said the account agreement and the UCC set forth the bank’s duties and defined ordinary care, and thus there was “no extracontractual relationship” to support an exception to the Moorman doctrine.

Illinois law permits lenders to bring separate enforcement actions on a mortgage and on the note, and a creditor’s taking of judgment on the note does not operate as res judicata extinguishing its claim upon the mortgage, an appellate panel in Chicago has reiterated. 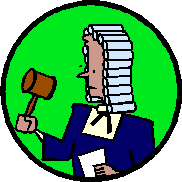 Rejecting those claims, the appellate panel said it was “settled that, upon default, the mortgagee is allowed to choose whether to proceed on the note or guaranty or to foreclose upon the mortgage” and that those remedies “may be pursued consecutively or concurrently.”