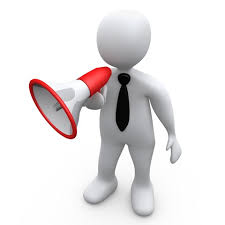 Mere withdrawal when a client persists in utilizing false material evidence, without disclosure thereof to the tribunal in a civil matter, ordinarily is improper even if the lawyer had no role in creating or presenting the false evidence, an Illinois State Bar Association committee has opined.

Believing that the test for whether the lawyer is obligated to make a “noisy withdrawal” is whether withdrawal will “undo the effect of the false evidence,” the ISBA panel said it “finds it difficult to construct any scenario where the act of withdrawal by the lawyer, without more, would undo any false evidence already submitted to the tribunal.”  ISBA Professional Conduct Advisory Opinion 13-05 (May 2013).

Based largely on the Restatement (Third) of Law Governing Lawyers, the opinion appears to tilt in favor of “noisy withdrawal” on an issue on which the Illinois Rules of Professional Conduct and their comments are more equivocal.  ISBA professional conduct opinions are advisory; they are not binding on the courts or disciplinary agencies, but they often are considered by such bodies in assessing lawyer conduct.

However, the opinion makes clear that prior to the noisy withdrawal the lawyer has a series of escalating duties to pressure the client to disclose the falseness of the evidence.

At issue in Opinion No. 13-05 was a false financial information affidavit filed by the client with the Social Security Administration (SSA) as part of a supplemental security income application made before the lawyer was consulted.  The opinion involved the lawyer’s duties when he realized the falseness of that application as he was preparing to go to hearing before an SSA administrative law judge.  The committee expressly stated that the lawyer’s ethical duties applied in such a context; however, it also said the opinion did not address the lawyer’s duties when a comparable issue arose in a criminal case.

While the opinion recognized the lawyer’s duties to the client, it said there was a “paramount duty to the tribunal to prevent it from being misled by false evidence.”

The committee said it assumed the false affidavit was intentional because if it was inadvertent the client should not object to the filing of an amended application or other corrective document.

While the opinion makes clear that the lawyer may ultimately be required to disclose the client’s misstatements, it agreed with an American Bar Association committee that the “lawyer’s duties of loyalty and confidentiality to a client ‘require a lawyer to explore options short of outright disclosure in order to rectify the situation.’”  It said the specific remedial measures which a lawyer must take are outlined in Comments 10 and 11 to Illinois Rule of Professional Conduct 3.3, which comments are reproduced in the margin for the reader’s reference.[1]

Communications from an individual client’s agent to an attorney may be subject to the attorney-client privilege, a panel in the Appellate Court’s First District has held.

the testator and trust settlor’s investment adviser to the attorney were made as agent for the individual and thus covered by the privilege.  The court relied upon statements in the documents themselves; the decision does not appear to confer blanket coverage upon such advisers.

Privilege coverage of agents’ statements is well established in the corporate context, where the client can speak only through agents.  However, cases recognizing such privilege where the third party is an agent of an individual are significantly rarer.

[1]           [10]  Having offered material evidence in the belief that it was true, a lawyer may subsequently come to know that the evidence is false.  Or, a lawyer may be surprised when the lawyer’s client, or another witness called by the lawyer, offers testimony the lawyer knows to be false, either during the lawyer’s direct examination or in response to cross-examination by the opposing lawyer.  In such situations or if the lawyer knows of the falsity of testimony elicited from the client during a deposition, the lawyer must take reasonable remedial measures.  In such situations, the advocate’s proper course is to remonstrate with the client confidentially, advise the client of the lawyer’s duty of candor to the tribunal and seek the client’s cooperation with respect to the withdrawal or correction of the false statements or evidence.  If that fails, the advocate must take further remedial action.  If withdrawal from the representation is not permitted or will not undo the effect of the false evidence, the advocate must make such disclosure to the tribunal as is reasonably necessary to remedy the situation, even if doing so requires the lawyer to reveal information that otherwise would be protected by Rule 1.6.  It is for the tribunal then to determine what should be done — making a statement about the matter to the trier of fact, ordering a mistrial or perhaps nothing.

[11]  The disclosure of a client’s false testimony can result in grave consequences to the client, including not only a sense of betrayal but also loss of the case and perhaps a prosecution for perjury.  But the alternative is that the lawyer cooperate in deceiving the court, thereby subverting the truth-finding process which the adversary system is designed to implement.  See Rule 1.2(d).  Furthermore, unless it is clearly understood that the lawyer will act upon the duty to disclose the existence of false evidence, the client can simply reject the lawyer’s advice to reveal the false evidence and insist that the lawyer keep silent.  Thus the client could in effect coerce the lawyer into being a party to fraud on the court.