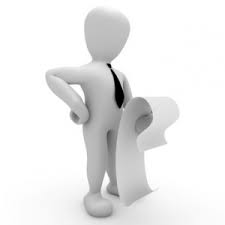 Warranty Deed in Mortgage Rescue Scam May Have Been An Equitable Mortgage, Court Says

A “mortgage rescue” victim’s argument that an apparent warranty deed should be construed as an equitable mortgage should have gone forward to a full trial, a panel of the Appellate Court’s First District has held.

Moreover, the court in Hatchett v. W2X, Inc., 2013 IL App (1st) 121758, held that the plaintiff’s failure to introduce expert evidence on the standard of care was, under the circumstances, not fatal to her claims for fraudulent breach of fiduciary duty and legal malpractice against the attorney involved in the alleged scam.  It also held that the trial court erred in excluding from evidence a complaint against the attorney before the Attorney Registration & Disciplinary Commission (ARDC) under the “other bad acts” doctrine.

In Hatchett, a senior citizen with a limited education received a solicitation which proposed to save her home from a pending foreclosure by having her deed the property to an affiliate of the solicitor with a supposed right to buy the property back.  She supposedly was represented in the transaction by an attorney with whom she spoke only once, and who was involved in a number of other similar transactions which likewise benefited the defendants.

Reversing the trial court’s directed finding on the equitable mortgage count, the appellate panel noted that Illinois law defines a “constructive mortgage” to include “(e)very deed conveying real estate, which shall appear to have been intended only as a security in the nature of a mortgage, though it be an absolute conveyance in terms” (765 ILCS 905/5).  It said that while the proof must be “clear, satisfactory and convincing” to convert an absolute deed into a mortgage, that evidence may come from “almost every conceivable fact that could legitimately aid that determination.”  Moreover, it noted that while Illinois has a Mortgage Rescue Fraud Act (765 ILCS 940), the rights and remedies provided in that act are not exclusive.

The panel said that in determining whether an equitable mortgage exists, courts consider several factors, including whether there is a debt relationship; close relationship of the parties; prior unsuccessful attempts for loan; the lack of legal assistance; the inadequacy of consideration; an agreement to repurchase; and the continued exercise of ownership privileges and responsibilities by the “seller.”  It said plaintiff established a prima facie case under those factors.

On the fraudulent breach of fiduciary duty claim against the attorney, the court said that to

establish a prima facie case a plaintiff generally is required to produce evidence that (1) the defendant made a false statement of material fact; (2) the defendant knew the statement to be untrue; (3) the plaintiff had the right to rely on the statement; (4) the plaintiff did rely on the statement; and (5) an injury resulted.  However, it said, “The intentional omission or concealment of a material fact may be the basis of a fraud action if a special or fiduciary relationship exists which gives rise to the duty to speak.”  It found the attorney-client relation to meet that requirement, and that the attorney had a duty to counsel the homeowner about the transaction, which was not done.

The court rejected the usual rule that fiduciary and malpractice claims against attorneys require the use of expert evidence.  The “general rule does not apply where the common knowledge of laypersons allows them to recognize the attorney’s negligence,” it said.  “It is inconceivable that even a layperson would not look askance at an attorney who spoke only once to a client over the course of several weeks in which a complicated real estate transaction was in progress” (court’s emphasis).

The court rejected an argument that the ARDC complaint should have been excluded because it was as-yet unproven; “the rule allowing evidence of other bad acts is not limited to proven . . . convictions,” it said.

It is said that hard cases make bad law, and it fairly may be doubted whether Hatchett will be followed when cases arise on less egregious facts.  In particular, malpractice plaintiffs should think twice before they cite Hatchett for the right to try suits without expert evidence.  For a recent decision much more churlishly interpreting the “obvious to a layman” rule under Illinois law, see Ball v. Kotter, 723 F.3d 813 (7th Cir. 2013).