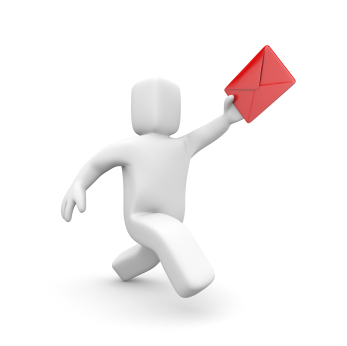 Guaranty Triggered by Resistance to Foreclosure Is Enforceable, Court Says

A provision making obligors personally liable if they resist foreclosure on an otherwise non-recourse obligation is enforceable, a panel of the Illinois Appellate Court in Chicago has held.

At issue in the third appeal was a “carve out” provision of a guaranty that required guarantors to pay the full amount due, plus costs and interest, if they “contest[ed], delay[ed] or otherwise hinder[ed] any action” by the bank for appointment of a receiver or foreclosure of the lien.  Guarantors argued that the provision was vague, ambiguous, overly broad, and unenforceable as a penalty.

The panel summarily rejected the guarantors’ vagueness and ambiguity argu-ments, stating that “[i]f a court can ascertain its meaning from the plain language of the contract, there is no ambiguity” and the appeal of the receivership order “clearly qualifies as contesting the Bank’s actions in connection with the appointment of a receiver”.

Schaum-burg, 256 Ill.App.3d 897 (1993), they argued that damages under the clause bore no relation to their opposition to the receivership and hence the clause was unenforce-able as a penalty designed merely to secure their performance.  Noting the matter apparently was one of first impression in Illinois and surveying the law of other juris-dictions, the court sided with cases holding such clauses enforceable.  The court appeared to accept the mortgagees’ argument that guarantors were not denied the right to contest the receivership and foreclosure but “consequences would be enforced if they did”.

Similarly, the panel rejected arguments that the clause was unenforceable as a restraint on their legal rights.  “[D]efendants were not precluded from contesting the appointment of a receiver or filing defenses to the foreclosure action, but by taking those actions they forfeited their exemption from liability for full repayment of the loan,” the court said.

A depositor’s change of beneficiary on a payable-on-death (“POD”) bank account, if made in the form customarily acceptable to the bank, need not be accepted by the bank before that depositor dies, an Appellate Court panel in Southern Illinois has held.

At issue in Fairfield Nat’l Bank v. Chansler, 2013 IL App (5th) 110530, was the portion of the Illinois Trust & Payable on Death Accounts Act (205 ILCS 625) which provides that unless otherwise agreed in writing “[a]ny holder during his or her lifetime may change any of the designated beneficiaries to own the account at the death of the last surviving holder . . . by a written instrument accepted by the institution[.]”  205 ILCS 625/4(a).

In Fairfield, the depositor completed and mailed the change-of-beneficiary form, but died before it was received by the bank.

To impose personal liability upon officers and directors of a failed bank the Federal Deposit Insurance Corp. (“FDIC”) must allege that they committed “very great negligence,” but it need not plead that they were reckless, a federal court in Chicago has held.

FDIC’s attempts to recover some $114 million in losses suffered in the well-publicized collapse of Chicago’s Broadway Bank.  After FDIC was appointed receiver for the failed bank, it sued seven directors and two officers under the Financial Institutions Reform Recovery & Enforcement Act, which authorizes suits “for gross negligence, including any similar conduct or conduct that demonstrates a greater disregard of a duty of care (than gross negligence) including intentional tortious conduct, as such terms are defined and determined under applicable State law.”  12 U.S.C. § 1821(k).

In Giannoulias, defendants argued that that definition in essence imposed a recklessness standard which the complaint did not meet, but the court rejected that position.  “[G]ross negligence is commonly understood to encompass ‘very great negligence, *** (b)ut it is something less than the willful, wanton and reckless conduct’,” it said, quoting Black’s Law Dictionary.

The court also rejected arguments that the bank’s losses really stemmed from the economic downturn.  Noting the current motion was one to dismiss for failure to state a claim, the court said the FDIC would ultimately have to prove that the defendants’ conduct was a “substantial factor” contributing to the bank’s losses, “[b]ut it is not required to prove its claims at this stage”.

Finally, the court said defendants’ reliance on the “business judgment” rule and on the Illinois Banking Act (205 ILCS 5) did not require dismissal.  A condition of the business judgment rule is that the directors used due care, so that rule becomes inapplicable in cases of gross negligence, it ruled.  As for the Banking Act, while the court noted that 205 ILCS 5/16(7)(b) might give directors a right to rely on information received from bank officers, it treated that matter as a potential affirmative defense and said FDIC was not required to “plead around this statute in order to state a claim for relief”.