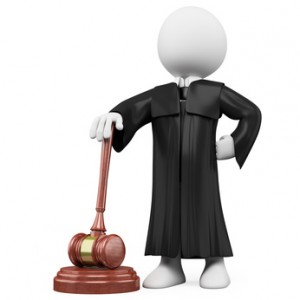 A mortgage foreclosure judgment generally is a “final order” but not a “final and appealable” order, the Illinois Supreme Court said late last month.

The ruling in EMC Mortgage Corp. v. Kemp, 2012 IL 113419, appears to resolve the conflict noted in Sharp Thinking No. 60 (March 2012), as to whether a foreclosure judgment is sufficiently final in nature as to be made final and appealable by a finding under Supreme Court Rule 304(a) that there is no just reason to delay enforcement or appeal.

That a mortgage may have been forged does not prevent that mortgagee from recovering on equitable subrogation and equitable lien theories, a federal judge in Chicago has ruled.

In Shchekina v. Washington Mut. Bank, 2012 WL 3245957 (N.D. Ill. 2012), the court denied summary judgment on the plaintiff’s principal mortgage claim, finding there was a genuine dispute as to whether that mortgage was forged.  However, it granted partial summary on the equitable theories, reasoning that even if the plaintiff’s mortgage was forged, by paying off the prior mortgage on the property, the plaintiff became subrogated to that mortgagee’s rights.  (Defendant did not dispute signing the prior mortgage.)  In addition, the court ruled that because of the owner’s receipt of the benefits of the plaintiff’s mortgage (the payoff of the undisputed prior mortgage), an enforceable equitable lien arose to the extent of that payoff.

Court Has Discretion To Vacate Judgment After Sale, Panel Says

A trial court commits reversible error when it refuses to consider its post-sale discretion under 735 ILCS 5/2-1301(e) in the belief that § 15-1508 of the Mortgage Foreclosure Law (735 ILCS 5/15-1508) exclusively controls proceedings at that stage, a panel in the Appellate Court’s Second District has ruled.

Acknowledging its disagreement with the Appellate Court’s First District (Mortgage Elec. Reg. Systems, Inc. v. Barnes, 406 Ill.App.3d 1 (2010)), the Second District said that § 15-1508 was not the exclusively-applicable legal provision and that refusal to exercise discretion due to the incorrect belief that the court has no discretion “is itself an abuse of discretion.”

A generally applicable provision in civil matters, § 2-1301 is generally viewed as granting courts discretionary power to vacate or stay judgments within 30 days of their entry.  Section 15-1508, on the other hand, strictly limits the grounds upon which a party may resist confirmation of a foreclosure sale.  The panel rejected an argument that § 15-1508, being more specific, displaced the general provision in the post-sale context.  Wells Fargo Bank, N.A. v. McCluskey, 2012 IL App (2d) 110961.

Deutsche Bank Nat’l Trust Co. v. Gilbert, 2012 IL App (2d) 120164, recognized that assignment was an issue of standing and hence generally an affirmative defense, but held that where the complaint exhibits named as mortgagee another party and plaintiff then submitted an assignment containing a date after the case was filed, the mortgagor had established a prima facie case defeating the foreclosure action.  An affidavit that the assignment had occurred previously was disregarded because it failed to attach the documents upon which it relied as required by Illinois Supreme Court Rule 191.  A counterclaim seeking damages under the Truth in Lending Act (15 U.S.C. § 1601) (“TILA”) was dismissed, however, because TILA liability can be imposed on an assignee only where the disclosure inadequacy was apparent on the face of the document.

In Aurora, Aurora sued as assignee of Mortgage Electronic Registration Systems, Inc. (“MERS”), which itself was the nominee of the original mortgagee.  Complaint exhibits showed that Aurora was not assigned the mortgage until July 22, 2009, although it had served the § 15-1502.5 notice on April 21, 2009.  Though the objection was raised post-judgment, the appellate panel refused to bar it as untimely, but held that it was without substantive merit.  No objection to the notice was made except for who mailed it, and the court said that was a “technical” objection which was immaterial.

A consensus may be developing that the federal Truth in Lending Act (“TILA”) permits courts to hold mortgagees vicariously liable for TILA violations by their independent mortgage servicers.

At issue are servicers’ failures to provide debtors with prompt information about the owners of the mortgages, as required by TILA.  Ironically, the majority of cases find no cause of action against the servicer itself, unless it is or was also a creditor.