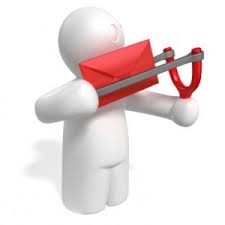 No. 84 Perspectives on Developments in the Law from The Sharp Law Firm, P.C.   February 2013

Inadequacy of the sales price, standing alone, is not a sufficient reason to deny confirmation of a judicial sale, a panel in the Appellate Court in Chicago held late last month.

Although NAB Bank v. LaSalle Bank, N.A., 2013 IL App (1st) 121147, arose under provisions of the Illinois Code of Civil Procedure for confirmation of sales of real property to satisfy judgments other than those obtained in mortgage foreclosure actions (735 ILCS 5/12-144.5), the court relied heavily on the mortgage foreclosure statute and cases thereunder, and virtually obliterated any difference between the two statutes in terms of the standards for confirmation of judicial sales.

Noting that both statutes say the sale is to be confirmed unless (i) required notice was not given,

(ii) the terms of sale were unconscionable, (iii) the sale was conducted fraudulently, or (iv) justice was otherwise not done, the panel said a court’s discretion under the “justice” clause is “extraordinarily narrow” and limited by judicial practices that predated the Illinois Mortgage Foreclosure Law (735 ILCS 5/15-1101 et seq.).  It said the justice clause “provides a narrow window through which courts can undo sales because of serious defects in the actual sale process,” but “[i]nadequacy of sale price is not a sufficient reason, standing alone, to deny confirmation”.  Noting the many reasons that a judicial sale might not realize what critics would perceive to be the proper price, the panel said that when there is no fraud or other irregularity in the proceeding “the price at which the property is sold is the conclusive measure of its value.”  But see Sharp Thinking No. 9 (June 2008), discussing case law suggesting courts are vested with considerably greater discretion than NAB infers.

The six-month statute of limitations of 755 ILCS 5/8-1(f), which applies to the bringing of a contest to the validity of a trust that receives a legacy from a will admitted to probate, generally does not apply to a separate tortious interference with inheritance expectancy suit, a panel in the Appellate Court’s First District held recently.

However, attempting to reconcile Robinson v. First State Bank of Monticello, 97 Ill.2d 174 (1983), the Luccio court said its general rule will not apply where a trust contest is “available” to the litigant, “such that he is ‘aware’ of his legacy and has an opportunity to contest the trust and to obtain complete relief, but chooses not to, instead agreeing to take no action against the trust in exchange for a settlement”.  A more liberal interpretation of the availability rule was applied in Bjork v. O’Meara, 2012 IL App (1st) 111617, but, as predicted in Sharp Thinking No. 56 (Jan. 2012), Supreme Court review of that decision was sought – and granted.

Late last month, the Supreme Court overturned the Appellate Court in Bjork.  The Supreme Court said the will-contest bar of § 8-1(a) was immaterial where the plaintiff’s tortious interference suit claimed defendant had interfered with the decedent’s plan to make a bank account pass to the plaintiff through a payable-on-death beneficiary designation.  Noting that neither the suit nor the plaintiff’s role in the probate proceedings had sought to invalidate the will, the court distinguished Robinson, reversed the Appellate Court and sent the tort suit back to the trial court for further proceedings.  Bjork v. O’Meara, 2013 IL 114044.

Further demonstrating fraud is not required for a claim under Illinois’ so-called Consumer Fraud Act (see Sharp Thinking No. 19 (April 2009)), a panel in the Appellate Court’s First District has held that misrepresentation, omission and all the other acts specifically listed in 815 ILCS 505/2 “are merely nonexclusive examples of a broad range of ‘[u]nfair or deceptive acts or practices,’ which are what section 2 specifically prohibits.”  While the court said the plaintiff must plead “the intent element” under § 2, it said intent generally is not required under the “nearly 70 different ways to violate the Act” set forth in 815 ILCS 505/2A to 815 ILCS 505/2III.  It also said that although private individuals may sue only if they have actual damage, the Attorney General may sue for injunctive and other relief without proof that actual damage has occurred.  People ex rel. Madigan v. United Constr. of Am., Inc., 2012 IL App (1st) 120308.

The Illinois Supreme Court has agreed to review whether appellate courts have correctly and properly reinterpreted the Illinois Employee Classification Act (820 ILCS 185) so as to avoid holding it unconstitutional.  See Sharp Thinking No. 77 (Nov. 2012).  After Bartlow v. Shannon, 399 Ill. App. 3d 560 (5th Dist. 2010), initially held the act to violate due process for failing to provide appropriate notice and hearing rights (see also Sharp Thinking No. 38 (Oct. 2010)), the Illinois Department of Labor convinced another appellate court to engage in a creative construction of the act in ways so that it would not be unconstitutional.  World Painting Co. v. Costigan, 2012 IL App (4th) 110869.  The 5th District then agreed in Bartlow v. Costigan, 2012 IL App (5th) 110519, which the Supreme Court has agreed to review.  No. 115152 (Jan. 30, 2013).  In addition to its due process issues, the Act is applicable only to the construction industry, raising equal protection and special legislation issues. See Sharp Thinking No. 11 (Aug. 2008).

Where the trial court finds that a party promised to do something benefitting plaintiff but “never intended to do so”, that supports a cause of action for promissory fraud, a panel in the Appellate Court’s First District held recently.