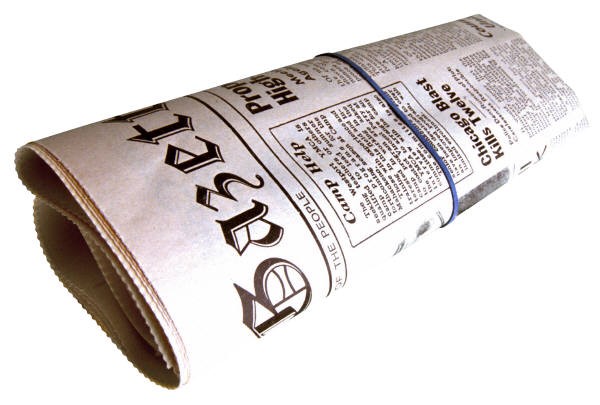 We previously have noted a trend, particularly in the Appellate Court’s Second District, to use the doctrine of laches to limit the principle that a void judgment may be attacked at any time.  See Sharp Thinking No. 188 (September 2020); No. 194 (March 2021).

In Kusmierz, the Second District had utilized laches and the fact of a six-year delay to defeat an attack on a mortgage foreclosure.  The debtor claimed the judgment was void because service of summons occurred in Cook County, thus requiring appointment of the process server.  See generally Municipal Trust & Savings Bank v. Moriarity, 2021 IL 126290, discussed below.

As the home involved had changed hands during the six-year delay, respondents to the motion to vacate under 735 ILCS 5/2-1401 based their opposition thereto on the bona fide purchaser doctrine (735 ILCS 5/2-1401(e)) as well as laches.  The Supreme Court found both of their arguments well-founded.

“Section 2-1401(e) protects a bona fide purchaser’s interest in property where the defect in service is not apparent from the record and the purchaser was not a party to the original action but acquired title before the filing of the petition,” the court stated.  “A lack of personal jurisdiction is apparent from the record when it does not require inquiry beyond the face of the record.”

Because the return of service merely reflected the service address and the city at issue lay in two counties, the court said that “[d]etermining in which county the service address was located requires us to review materials beyond the face of the record, which we may not do.  *** We hold, therefore, that section 2-1401(e) protects third-party respondents’ rights in the property despite the alleged jurisdictional defect.”

On laches, the high court said Illinois courts “have long held that laches may be raised in response to a collateral attack on a void judgment” and “there is no support for defendants’ assertion that an equitable affirmative defense cannot be raised in a purely legal matter.”  It found laches applicable on the record before it.

The place of service, not that of the court issuing the summons, controls in determining whether a process server must be specially appointed under 735 ILCS 5/2-202(a), the Illinois Supreme Court ruled recently.  Municipal Trust & Savings Bank v. Moriarity, 2021 IL 126290.

The decision effectively ends a split among the districts of the Appellate Court.  See Sharp Thinking No. 185 (July 2020).

Section 2-202(a) requires a special appointment for a private process server to serve process in Cook County.  In Moriarity, the defendant was sued in a downstate county but served in Cook County.

Section 2-202 “is concerned with where process is served on a defendant; it says nothing about where the particular complaint is filed,” the court said.  “By the plain language of subsection (a), [the process server] was not a ‘person authorized to serve process’ without special appointment”.

Supreme Court Rules do not provide for service of citations to discover assets upon third parties by electronic mail and such service does not give the lien of such a citation priority over a properly-served competing citation, a panel of the Appellate Court in Chicago has ruled.

In Midwest Commercial Funding, LLC v. Kelly, 2022 IL App (1st) 210644, the panel dealt with competing judgment creditors of recording artist R. Kelly.  One, a creditor in a breach-of-contract case, emailed a copy of its citation to the company paying royalties to Kelly on August 19, 2020, while the other, a tort judgment creditor, sent her citation by U.S. Mail on August 17, 2020.

The circuit court relied on Supreme Court Rule 12 to give the contract creditor priority.  Rule 12 provides that service by email is effective on the date of transmission, while service by U.S. Mail is effective four days after mailing.  The appellate panel reversed.

The panel first dealt with an argument that the tort creditor lacked standing to contest service upon the citation respondent.  The panel rejected that argument.  Distinguishing cases where a contestant sought to assert vicariously the citation respondent’s waivable right to notice, the panel said the tort creditor “is asserting her own interest in Kelly’s royalty account by arguing that [the contract creditor’s] email did not perfect service and that she acquired a superior lien by being first to mail a citation to Sony.”

“We believe that [the tort creditor] has standing to raise issues regarding service of [the contract creditor’s] citation to discover assets upon Sony, as a contrary finding would deprive her, or any similarly situated judgment creditor, of any opportunity to assert her claim of a superior lien upon the assets in the citation respondent’s possession,” the panel stated.  “Worse, we would effectively empower the citation respondent to determine priority among judgment creditors by electing when to waive or object to service.  Such power could be exercised arbitrarily, or perhaps nefariously”.

Turning to the merits, the panel first dealt with an argument that the contract creditor’s service was proper under Supreme Court Rule 11. Rejecting that argument, the panel said “a plain reading of Rule 11 reveals that the rule contemplates service of documents only after a party has appeared in ‘the matter.’”  “Rule 11 does not contemplate service of documents upon a party who has not yet appeared in the matter before the court. . . . Rule 11 does not provide for service by e-mail of notices or documents with the features of process. . . . [A] citation to discover assets, when directed against a third party who has not yet appeared in the action, amounts to process and is akin to a summons.”

“Therefore, [contract creditor’s] August 19th e-mail was not a recognized method for service of the citation under Illinois law.”