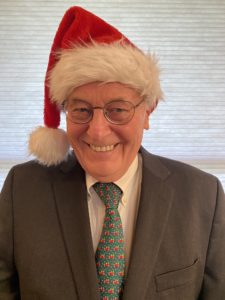 The Appellate Court in Chicago has issued a potentially seminal decision involving application of judicial estoppel in Illinois.

The appellate panel recognized that the pleadings did not satisfy the judicial estoppel requirement of inconsistency because “there can be more than one proximate cause of a plaintiff’s injuries”.  However, in an apparent attempt to maximize the recovery from the bus line, plaintiff’s expert testified that the driver’s negligence was the sole proximate cause of the injuries and that the unidentified driver was not at fault.  This was inconsistent with the position taken in the suit against plaintiff’s insurer, and the court ruled the testimony from plaintiff’s expert was sufficient for judicial estoppel purposes.

However, after recognizing that all the other tests for judicial estoppel also were met, the panel said the remedy was not to award summary judgment to the defendant.  “Rather than use the sword of summary judgment, we choose the scalpel of barring plaintiff from arguing sole proximate cause against the Pace defendants,” it said.  “He may argue, via his expert or otherwise, that the Pace defendants’ negligence was a proximate cause of his injuries. . . . But he may not argue that (1) the [unidentified] driver was not negligent, or (2) the [unidentified] driver’s negligence was not a proximate cause of his injuries”.

Key to the court’s result was the role that discretion plays in applying judicial estoppel.  However, the trial court had not applied such discretion.  Because it ruled that the standard of review was de novo, the appellate panel said the familiar “abuse of discretion” was not applicable and the issue was “our discretion, without deference to the trial court.”

Attribution of an agent’s conduct to a principal to establish specific personal jurisdiction comports with both federal and state due process requirements, the Seventh Circuit Court of Appeals has held.

In Bilek v. Federal Ins. Co., 8 F.4th 581 (7th Cir. 2021), the named defendant contracted with another company, Health Insurance Innovations (HII), to generate business for its health insurance lines, and HII in turn contracted with “lead generators” to conduct telemarketing, leading to undesired robocalls to the plaintiff.  Plaintiff sued under state and federal laws governing robocalls.  HII, a non-Illinois business, objected to personal jurisdiction over it.

However, the court of appeals held that the conduct of the lead generators could be attributed to HII for purposes of specific jurisdiction (i.e., jurisdiction in the specific cause of action to which the agent’s conduct related).

“For that purpose, attributing an agent’s actions to a principal which are intertwined with the very controversy at issue is consistent with the purposeful availment requirement underlying the Supreme Court’s specific personal jurisdiction precedent,” the panel said.  Noting the “fundamental agency principle that a principal is liable for the wrongful acts of an agent acting within its authority,” the panel said “it follows that attributing an agent’s suit-related contacts to a principal to establish specific personal jurisdiction poses no due process bar.”

It noted there was “no operative difference” between Illinois and federal constitutional limits under the respective due process clauses.  It also noted the result might be different if the plaintiff were trying to establish general jurisdiction.

The Illinois statute on abode service (735 ILCS 5/2-203(a)(2)) contains no requirement on mental competency of the recipient of service, and an Illinois trial court may not add one, the Appellate Court in Chicago held recently.

Reviewing § 2-203(a)(2), the Appellate Court said “there is no statutory requirement that the recipient of the substitute service be proved to be mentally competent in a legal sense, and we lack authority to add such a requirement.”