The Appellate Court’s Third District has issued a valuable primer on the theory and use of the doctrine of lis pendens in real estate matters. 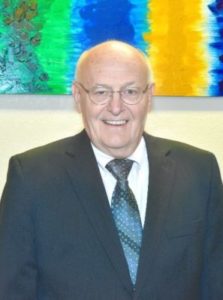 In Chung v. Pham, 2020 IL App (3d) 190218, defendant agreed to sell property to plaintiff, then  backed out when it came time to close.  Plaintiff sued for specific performance and eventually recorded a notice of lis pendens, only to learn that days earlier defendant had mortgaged the property to a third party.  The mortgagee had actual knowledge of the suit when she recorded the mortgage.

The Appellate Court noted that lis pendens began as an equitable remedy that bound all subsequent purchasers or encumbrancers to the outcome of a pending lawsuit affecting the title to or lien on the property.  It worked on the theory that the existence of a lawsuit triggered “constructive notice to the world.”  That theory presumed everyone was knowledgeable of what was going on in the courts.

As society grew, that presumption became less valid and the legislature adopted what now is 735 ILCS 5/2-1901.  “The mere existence of a pending lawsuit is no longer treated as constructive notice for purposes of lis pendens,” the court noted.  Now § 2-1901 “requires a party to the lawsuit to affirmatively provide formal constructive ‘notice to the world’ of their pending lawsuit” by recording a lis pendens notice with the county recorder.

“Simply stated, if a lis pendens notice is not filed in the recorder’s office, as required by § 2-1901, then a subsequent third party purchaser or encumbrancer…will not be bound by the outcome” of a pending lawsuit under § 2-1901, the court said.

Because the third party in Chung had actual knowledge of the underlying suit, she took subject to that suit, the court ruled.

The court noted that historically to invoke common law lis pendens, three requirements had to be met:  “(1) the property must be of a character as to be subject to the rule, (2) the circuit court must have jurisdiction over ‘the person and of the res’, and (3) the property must be sufficiently described in the circuit court pleadings.”  In Chung, the third party argued these requirements weren’t met because the court hadn’t acquired jurisdiction over the defendant when she recorded her mortgage.

The court rejected that argument.  It said the “subsequent timing of personal service is irrelevant when (1) the third party trying to evade the reach of lis pendens has actual notice and (2) the circuit court eventually obtains personal jurisdiction over the defendant in the pending lawsuit.”  Because those requirements were met, common law lis pendens applied.

The holder of a right of first refusal who refuses to match the terms of the third-party offer, but instead proposes a transaction with variant terms, essentially makes a counteroffer and declines to exercise her right of first refusal, a panel of the Appellate Court’s Third District has held.

Ruling in King v. Rossi, 2020 IL App (3d) 190086, the panel dealt with a situation where an owner owned two lots of a subdivision, connected at their rear.  The owner received a third-party offer to purchase both lots for $146,000.  The owner adjacent to one of the subject lots declined her right of first refusal, but the owner adjacent to the back lot was not consulted before the sale closed.  That owner then brought her refusal rights to the parties’ attention, but when given the chance to match the third-party offer she simply offered to buy one of the two lots for “fair market value.”  The trial court ruled she waived her rights and she appealed.

First the appellate panel dealt with issue of whether the closing was preclusive.  The court said it was not.  “A right of first refusal is a preemptive right in that it is a condition precedent to the sale of the property,” it said.

Next the panel dealt with whether the holder of the right of first refusal had had a meaningful offer to match.  She complained she was not given a copy of the contract to be matched, but only the identity of the properties and the price.  “A right of first refusal need not specify every term,” the panel said.  “It is sufficient as long as the terms can be determined so that the holder of the right has the opportunity to meet the material terms and conditions of the third-party offer.”

It said that providing the description of the property and the price was sufficient.

Finally, the panel dealt with whether the neighboring owner’s partial acceptance was sufficient.  The court said it was not.  “King very clearly indicated that she was not interested in meeting the material terms of the [third-party] offer.  By refusing the offer, and proposing different terms, King was essentially making a counteroffer and declining to exercise her right of first refusal.”