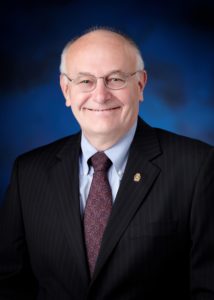 In Urbana, the city sued a parent LLC for ordinance violations on property owned by one its series LLCs.  After trial and an initial appeal, the city in remand proceedings filed a motion seeking to amend the record to reflect “Defendant by its full name, ‘Platinum Group Properties, LLC-Sunnycrest Series’ rather than its short-form name, ‘Platinum Group Properties, LLC.’”

On appeal, the Fourth District panel affirmed.  “A mere statement a series LLC is a separate entity from the LLC is insufficient to establish such,” it said.

Moreover, the panel said that even if the series had established it was a separate entity under § 37-40, the result would be the same “because Sunnycrest is estopped from asserting there is no misnomer.”  It noted the parent and the series had the same agent for service and the same name except for the addition “Sunnycrest Series”.  It implied these facts were somehow evidence of misleading by the defendant.  In fact they stemmed from legal requirements in § 37-40 – the LLC would have been blameworthy if those facts weren’t the case.

Other factors relied upon by the panel were more meritorious.  Defendant appeared at trial and never asserted the separate entity or the misnaming.  Indeed, at trial the parent LLC had admitted it owned the subject property.

The message form Urbana is that the separate existence of a series LLC should be asserted early in a legal proceeding.  That separate existence can be lost through the doctrines of waiver and estoppel.  Moreover, a conclusory assertion may be insufficient.  Until Urbana, there were no reported cases under § 37-40.  Courts – like the populace generally – are relatively ignorant of § 37-40.  Care and detail in the presentation may be required until courts have become familiar with the fact that § 37-40 creates a veil that is not supposed to be pierced easily.

A shareholder seeking judicial relief in aid of a request to inspect corporate records under § 7.75 of the Illinois Business Corporation Act (805 ILCS 5/7.75) must allege that she (1) was a shareholder of the corporation (2) who made a written demand upon the corporation (3) stating with particularity the records she wished to examine and (4) the purpose therefor, and (5) that the corporation refused 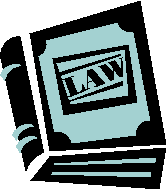 Much of Elleby was fought out over whether the shareholder had the right to require production of copies of the documents to her or whether she merely had the right to “examine” the documents.  The panel rejected defendants’ attempt to apply the statute strictly in this regard.  “We do not believe that section 7.75(b) requires shareholders to say the magic word ‘examine’ in order to be entitled to a corporation’s books and records,” it said.

In Elleby, a shareholder claimed the purported shareholder agreement gave her a right to participate in management and defendants breached it by “freezing” her out.  Finding the document did not meet the requirements of the statute (805 ILCS 5/7.71), the court said the plaintiff’s sole right as a shareholder was to participate, according to the amount of her stock, in selection of the management of the corporation.  Noting Illinois is a fact-pleading state, it said she had failed to allege specific facts showing that the defendants had prevented her from so participating.