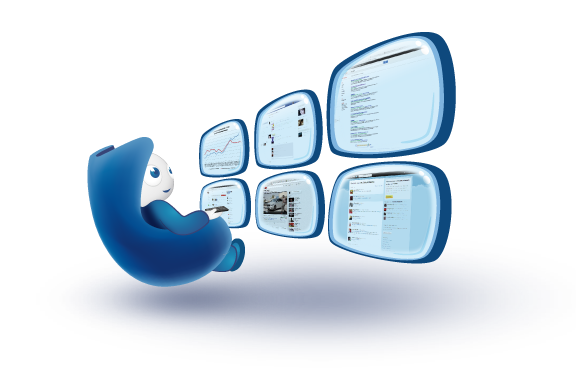 Believing that “frivolous motions or appeals are more likely to be found in the mortgage foreclosure context” than in other areas of the law, a panel in the Appellate Court’s Third District has issued a call that “it is incumbent upon the courts, both trial and appellate, to impose sanctions for . . . frivolous conduct designed to help defendants remain in their home, with little regard for the law.”

Foreclosure law imposes significant procedural and substantive hurdles to foreclosure, but those safeguards create a system in which “success may be measured not by whether any individual filings are ultimately meritorious but by how long defendants are able to remain in their homes,” the court said in Deutsche Bank Nat’l Trust Co. v. Hart, 2016 IL App (3d) 150714.

In Hart, defendants through a variety of pleas and ploys had remained in the property for eight years.  These pleas and ploys included an appeal which “no reasonable, prudent attorney would have brought.”  Accordingly, the court imposed $30,093.75 in sanctions — $10,046.88 on the attorneys and $20,046.87 on the defendants.

The Third District had previously imposed $13,505 in sanctions on “frivolous” mortgage foreclosure appellants and their counsel in Bank of Am., N.A. v. Basile, 2014 IL App (3d) 130204, a decision upon which the Hart court relied and which was discussed in Sharp Thinking No. 116 (June 2014) and No. 125 (Jan. 2015).   Hart makes clear that foreclosure appellants view Basile as an aberration at their peril, at least in that district.

Omission of the mortgagors’ names from ¶ 3(T) of a short-form foreclosure complaint does not mean the court cannot issue an award of possession against them at sale confirmation if their names are properly disclosed elsewhere in the complaint, a panel of the Appellate Court in Chicago has held.

Paragraph 3(T) calls for the plaintiff to list the names of “defendants whose right to possess the mortgaged real estate, after the confirmation of a foreclosure sale, is sought to be terminated and, if not stated elsewhere, the facts in support thereof.”

In Deutsche Bank Nat’l Trust Co. v. Puma, 2016 IL App (1st) 153513, plaintiff omitted mortgagors’ names from ¶ 3(T) but correctly completed the remainder of the form, including identifying defendants as mortgagors and owners of the property.  Noting that the Mortgage Foreclosure Law (735 ILCS 5/15-1101 et seq.) states that a complaint may be in “substantially” the form set forth in 735 ILCS 5/15-1504(a), the panel said the omission from ¶ 3(T) was not material.  It reached this conclusion in large part because mortgagors were properly named as defendants elsewhere in the foreclosure complaint and “the very nature of a foreclosure action contemplates the termination of a mortgagor’s interest in the mortgaged property.”  It said the allegation that defendants were mortgagors and owners of the real estate “alone, was sufficient to identify [defendants] as parties whose interest in the property would be terminated by the judicial sale.”

The panel interpreted provisions respecting ¶ 3(T), including 735 ILCS 5/15-1504(c)(12), as applying to non-owners such as tenants whose occupancy the foreclosure action sought to terminate.

HAMP Compliance Is Subject To

When a mortgagor seeks to delay or invalidate a foreclosure sale on the ground that he should have been given a Home Affordable Modification Program (HAMP) loan modification, whether the mortgagee has violated that program is judged under a preponderance-of-evidence standard, a panel of the Appellate Court in Chicago has held.

In Hansen, the debtor sought to require the mortgagee to prove “with all certainty” that HAMP had not been violated.  Noting that the Mortgage Foreclosure Law at 735 ILCS 5/15-1508(d-5) references a preponderance of the evidence on the HAMP issue, the panel rejected that attempt.

Moreover, noting that § 2-1301(e) explicitly references the discretion of the court on ruling on a motion to vacate, it rejected an argument that a standard higher than abuse-of-discretion applied.

A mortgage loan modification agreement which states it supplements the original note and mortgage is not a negotiable instrument requiring proof of possession to prove standing in a foreclosure action, a panel in the Appellate Court’s Second District has held.

Ruling in Bank of New York Mellon v. Rogers, 2016 IL App (2d) 150712, the court looked to Merriam-Webster’s definition of “supplement” to hold that “by definition, something that is supplemented completes something else, and makes the supplement conditional upon the referenced document.”  Because the terms of the modification agreement “specifically state that it supplements the original note and mortgage,” the panel said, that “destroys its negotiability.”

In Rogers, defendants argued that plaintiff had not proved that it possessed the allegedly negotiable modification agreement, which meant they had not proved standing.  The court rejected that position in an opinion that gave the standing issue greater attention than most appellate decisions dealing with standing challenges.  Rogers’ ruling on negotiability could become relevant in non-standing contexts, and the case’s implications for such contexts are unclear.