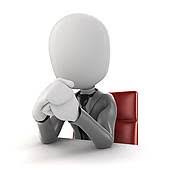 Because judicial estoppel is concerned with protecting the integrity of the courts from the appearance and reality of manipulative litigation conduct, courts considering that doctrine have the “freedom to consider the equities of an entire case” and can even impose the estoppel where the party estopped and the party which committed the underlying conduct are not perfectly identical, the U.S. Court of Appeals for the Seventh Circuit has held.

At issue in Grochocinski v. Mayer Brown Rowe & Maw, LLP, 719 F.3d 785 (7th Cir. 2013), was the situation where a creditor of the bankrupt company had obtained a default judgment against it, forced it into bankruptcy, and then convinced the bankruptcy trustee to sue the bankrupt’s former counsel on the theory that allowing the default to be entered was malpractice.[1]

In Grochocinski, the creditor involved:

Noting those facts, the appeals court affirmed a trial court decision that judicial estoppel was appropriate.

“Judicial estoppel is a flexible equitable doctrine designed to prevent ‘the perversion of the judicial process’,” the court said.  It “protects the courts from being ‘“manipulated by chameleonic litigants who seek to prevail, twice, on opposite theories”’” (citations omitted).

The reference to inconsistent positions was an apparent reference to the requirement in the law of malpractice that a plaintiff generally has to prove “the case within the case”  – in the case at bar, that resistance to the first suit would have prevented a judgment from being obtained against the company.  See generally Sharp Thinking No. 35 (July 2010).

The court rejected an argument that judicial estoppel should not be applied because it would bar innocent third-party creditors from sharing in the recovery.  Noting that there were some additional creditors who would share in a recovery by the bankruptcy trustee, the court countered that that trustee was prepared to terminate the bankruptcy as a no-asset estate until the default judgment creditor had stepped forward and financed the malpractice suit, so the additional creditors would not be prejudiced.

The Seventh Circuit expressly treated as only “guidelines” the traditional tests of judicial estoppel – whether the party’s later position is clearly inconsistent with its earlier position; whether the party succeeded in persuading a court to accept its position, so that an inconsistent position in the later proceeding would create a perception that one of the courts was misled; and whether the party seeking to assert the inconsistent position would derive an unfair advantage or impose an unfair detriment on the opponent.  The court appeared to apply only federal law, and whether its approach would impact the arguably more stringent requirements when Illinois state law applies is unclear.

The significance of this last point was brought into sharp relief recently by Holland v. Schwan’s Home Serv., Inc., 2013 IL App (5th) 110560.  There the defendant attempted to invoke judicial estoppel because the plaintiff had not disclosed his wrongful discharge claim in his Chapter 13 bankruptcy.  However, that claim had not arisen when the bankruptcy had been filed, and the debtor had not filed any amended schedules or other papers failing to disclose it after it did arise.

“Holland’s failure to schedule his post-petition claim against Schwan’s as an asset of the bankruptcy estate does not constitute an inconsistent position given under oath,” the court said.  “[A]lthough he did not properly disclose the retaliatory discharge claim, he did not take two inconsistent positions under oath. . . . ‘[T]he doctrine of judicial estoppel is ground[ed] in the sanctity of the oath.’”

In addition, the court said it would not apply judicial estoppel because the failure to disclose in the bankruptcy court was “inadvertent” and because the debtor had not gained an advantage by the non-disclosure (the bankruptcy had been dismissed for failure to make required payments under the confirmed plan).  The court treated the application of judicial estoppel as one of discretion and distinguished Berge v. Mader, 2011 IL App (1st) 103778 (see Sharp Thinking No. 57 (Feb. 2012)) on

Not all courts would agree with Holland.  As there is a duty to disclose the post-petition asset, some would hold that the failure to do so was the functional equivalent of a false filing.  The distinction between applying and refusing to apply the doctrine seems suspect, as does the attempt to limit Berge to initial schedules.

[1] The author formerly was a partner with the malpractice defendants in Grochocinski.