No. 69  Perspectives on Developments in the Law from The Sharp Law Firm, P.C.  August 2012

Defendant Must Raise “Standing” Challenge Early or It Is Waived

Defendants in mortgage foreclosure cases must raise challenges to the plaintiff’s standing early in the litigation or those challenges are waived, a panel in the Illinois Appellate Court has reiterated.  Rejecting challenges to Mortgage Elec. Reg. Systems, Inc. v. Barnes, 406 Ill.App.3d 1 (2010), the panel said the plaintiff’s lack of standing is an affirmative defense which must be raised by the defendant and noted the unfairness of allowing foreclosure defendants to “rais[e] a standing defense so late in the case in an attempt to further evade their financial commitments.”  Nationwide Advantage Mort. Co. v. Ortiz, 2012 IL App (1st) 112755.  See also Wells Fargo Bank, N.A. v. Watson, 2012 IL App (3d) 110930, rejecting a mortgagor’s attempt to litigate the plaintiff’s standing to foreclose the mortgage as a part of eviction proceedings which followed the foreclosure.

Defendant in Ortiz raised the standing issue, along with other challenges, at the sale confirmation stage.  The court rejected the additional challenges also, finding, among other things, that “unless there is evidence of mistake, fraud, or violation of duty by the officer conducting the sale, mere inadequacy of price alone is not sufficient cause for setting aside a judicial sale.”  See also Sewickley, LLC v. Chicago Title Land Trust Co., 2012 IL App (1st) 112977, discussed below.

Ortiz’ teaching on the last point needs to be viewed in light of Deutsche Bank Nat’l Trust Co. v. Brewer, 2012 IL App (1st) 111213, which reaffirms that the court must have acquired jurisdiction over defendant in order for its judgment and resultant sale to be valid.  In Deutsche Bank the plaintiff based jurisdiction on publication service, but the court noted that the requirements for such service must be “strictly complied with”.  Because publication service was based on affidavits that merely claimed “attempts were made” at personal service, but did not claim the attempts were made by the affiants themselves, the court said the prerequisites for publication service were not met.  The judgment was vacated and the case remanded for further proceedings.

The presiding judge of the Cook County Circuit’s chancery division had authority to grant a law firm blanket authority to use special process servers in mortgage foreclosure actions, three appellate court cases in Chicago have ruled.

Moreover, in a portion seemingly inconsistent with Deutsche Bank, discussed above, OneWest Bank, FSB v. Markowicz, 2012 IL App (1st) 111187, upholds as sufficient the plaintiff’s resort to publication notice upon conclusory, non-specific allegations that personal service had failed and defendant could not be found on due inquiry.

By unpublished General Administrative Order (“GAO”) – not published court rule – the chief judge of Cook County’s chancery division (not the chief judge of the Circuit Court, see Ill. S. Ct. R. 21(c)) has since 2007 provided law firms handling foreclosure cases in that division could apply for and receive a standing 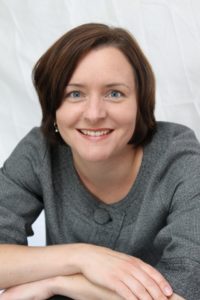 The Sharp Law Firm, P.C. is pleased to announce that Rebecca L. Reinhardt, member of the bars of the states of Illinois and Pennsylvania, of the Appellate Division of the Supreme Court of New York, and of the United States District Court for the Southern District of Illinois, has joined the firm.

Simultaneously, the Firm is pleased to announce that it has expanded its client service offerings to include matters in family law.

A Pinckneyville native, Rebecca received her B.A. from Southern Illinois University in 1998 and her J.D. from the University of Pittsburgh in 2001.  She clerked for Judge Gerald R. Solomon of the Pennsylvania Court of Common Pleas from 2001-03 and has practiced in Pennsylvania since 2003, with a concentration in family law.

She is a frequent lecturer at continuing legal education seminars and is the author of Drafting Prenuptial Agreements to Avoid Future Challenges and Whose Client Is It Anyway?, both published by the Pennsylvania Bar Association.

She will concentrate her practice in family law, probate, estate planning and elder law.  She may be reached at our Mt. Vernon office, 618-242-0246, Rreinhardt@lotsharp.com.

A creditor or mortgage servicer that increases payments due from a Chapter 13 debtor without giving required notice to the trustee, the debtor, and the debtor’s attorney may be assessed actual damages, punitive damages and attorney fees, a bankruptcy court in Iowa has ruled.

In addition, the court ruled that the servicer at issue would lose its right to increase payment amounts without specific court approval.  In re Wright, 461 B.R. 757 (Bankr. N.D. Iowa 2011).

There is a public policy interest in getting new ownership for property in foreclosure, so as to prevent deterioration of the asset, a panel of the Illinois Appellate Court has ruled in rejecting dilatory mortgagees’ attempts to reopen a confirmed foreclosure sale.

Sewickley, LLC v. Chicago Title Land Trust Co., 2012 IL App (1st) 112977, holds that a court hearing such belated challenges “is well within its authority to not disrupt a judicial sale . . . because of a party’s negligence in not making its arguments sooner.”  Moreover, the court said that failure to oppose a proposed order to confirm a sale “constitutes a waiver of the objections” which 735 ILCS 5/15-1508(b) sets forth as permissible in sale confirmation proceedings.