As noted in the last two issues of Sharp Thinking, the Fair Debt Collection Practices Act (15 U.S.C. §§ 1692 et seq.) (“FDCPA”) contains numerous provisions which threaten liability for debt collectors in the collection of consumer debt.  In this issue we address remedies for violations of that Act and affirmative defenses which can allow collectors to prevail despite a violation.

Numerous Remedies.  Under § 1692l, the Federal Trade Commission (“FTC”) and certain other agencies are given certain administrative enforcement powers.  Such administrative proceedings can lead to imposition of injunctions and significant civil penalties under the FTC Act, 15 U.S.C. §§ 41, 45(m), 53(b).  However, the major form of enforcement of the FDCPA has been through its civil liability provisions, § 1692k.  A private cause of action lies in federal court without regard to the amount in controversy, or in any other court of competent jurisdiction, if filed within one year from the date on which the violation occurred.  § 1692k(d).  Generally the case will be brought by the debtor, but that is not necessarily required.  Where a person other than the debtor is covered by one of the substantive provisions, that person may be able to sue under § 1692k(a).  A single violation of the act is sufficient to give rise to a lawsuit. 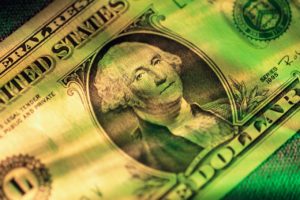 If the case is brought by an individual, the court may award additional damages (often called “statutory damages”) not exceeding $1,000.  § 1692k(a)(2)(A).  The right to a jury trial applies to both 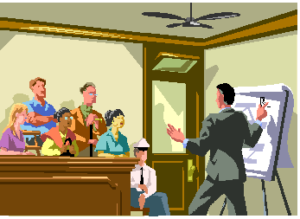 In class actions, the court may award the statutory damages to each named plaintiff and an amount for all other class members, without regard to a minimum individual recovery, not to exceed the lesser of $500,000 or 1% of the net worth of the debt collector.  § 1692k(a)(2)(B).  In Sanders v. Jackson, 209 F.3d 998 (7th Cir. 2000), our court of appeals determined that net worth for purposes of

this cap was book value net worth, excluding goodwill.  Subject to such cap, in determining the amount of an award in a class action the court is to consider, among other things, the frequency and persistence of noncompliance by the debt collector, the nature of such noncompliance, the resources of the debt collector, the number of persons adversely affected, and the extent to which the debt collector’s noncompliance was intentional.  § 1692k(b)(2).  All class actions under the FDCPA are actions for money damages requiring notice to (and an opportunity to opt-out by) absent class members.  Crawford v. Equifax Payment Services, Inc., 201 F.3d 877 (7th Cir. 2000).

“Bona Fide Error” Defense.  FDCPA § 1692k(c) provides that a debt collector “may not be held liable in any civil action brought under this subchapter if the debt collector shows by a preponderance of evidence that the violation was not intentional and resulted from a bona fide error notwithstanding the maintenance of procedures reasonably adapted to avoid any such error.”  Usually the successful defense

Attorney Fees For Defendants.  Upon a finding that an action was brought in bad faith and for harassment, the court may award the defendant attorney’s fees reasonable in relation to the work expended and costs.  § 1692k(a)(3).  However, to recover under this provision defendant apparently must show that the entire suit, and not just a part of it, was brought in bad faith.  Horkey v. J.V.D.B. & Assoc., 333 F.3d 769 (7th Cir. 2003).  If the case was brought in federal court, sanctions may be available under Federal Rule of Civil Procedure 11 even if § 1692k(a)(3) is not met.  Similarly, they presumably could be available under Illinois Supreme Court Rule 137 if a bad faith suit were brought in state court.