Lawyers Tagged With Losses For Accepting

Checks Later Shown To Be Counterfeit

Lawyers who accept checks and then promptly wire-transfer part of the funds to clients or others out of the country are exposed to substantial losses, a series of recent federal court cases in Northern Illinois demonstrates.

The cases demonstrate two of many variations on a common theme:  the lawyer accepts a client, usually via the internet, and then is asked to accept and apportion out a large check, which usually purports to be a cashier’s check and looks official.  Typically, the lawyer keeps a portion of the “check” funds for his fee and wire transfers the remainder to a bank account overseas.  Only after the wire transfer is completed does he learn the check was counterfeit.  And by then it is too late, because wire transfers are effective immediately. 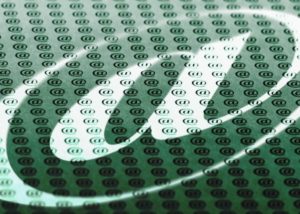 In Hirsch, the lawyer was sued by his bank after dishonor of the counterfeit check left his trust account with a substantial overdraft.  He impleaded the bank on which the bogus check was purportedly drawn (Citibank), arguing that it had not dishonored the check in time and invoking §§ 4-104(a)(10) and 4-302(a)(1) of Illinois’ enactment of the Uniform Commercial Code (810 ILCS 5) (“UCC”).  Under those provisions, a bank is obligated to give notice of dishonor “on the next banking day after the banking day on which (Citibank) received the check.”  See also Oak Brook Bank v. Northern Trust Co., 256 F.3d 638 (7th Cir. 2001).

Rejecting the lawyer’s calendar approach, and citing Federal Reserve Board Regulation CC, the court held that Citibank had not been untimely because Saturdays and Sundays do not count as “banking days”.  So holding, the court did not have to face the impact of UCC §§ 4-302(b), which preserves defenses for breach of warranty of presentment.  See also UCC §§ 3-416, 3-417, 4-207, 4-208.

In Denkewalter, in contrast, the counterfeit item was drawn on the account of a Canadian law firm at a Canadian bank.  The purported payor bank in Nova Scotia was apparently not covered by the

United States’ next-banking-day rules and did not give notice of dishonor until some time had passed.  At issue in Denkewalter was whether the law firm’s bank gave timely notice of dishonor to the law firm after that bank received notice of dishonor from the Canadian bank.  The rules governing the required notice (set forth in the Fed’s Reg. CC) required notice to the customer by midnight of the next business day after notice was received by the customer’s bank.  However, because the firm had wired out the money before its bank was given notice of the dishonor, no claim for damages was proper.  Moreover, the court said, the bank’s erroneous oral advice that the counterfeit check had been collected did not make it a guarantor of the check.  Federal claims were dismissed, and the law firm sent back to state court for hearing of its state law claims.

These cases follow last year’s decision in Clausen Miller, P.C. v. Citibank, N.A., 738 F.Supp.2d 850 (N.D. Ill. 2010), in which a Chicago law firm sued Citibank for alleged untimely dishonor of a $372,640 “check” purportedly drawn upon it.  Though most of the discussion in Clausen is on extraneous issues, the decision stands for the propositions that notice of dishonor may be timely when given by electronic means or when return of the physical check to the intermediary bank is timely.

Several observations may be offered as a result of these cases.

First, acceptance of such a check places the lawyer in an ethical dilemma.  Under the typical understanding, the majority of the “check’s” funds are the client’s, and the lawyer properly will feel a duty to comply with the client’s instructions regarding those funds.  See Illinois Rule of Professional Conduct 1.15(d) (“a lawyer shall promptly deliver to the client or third person any funds or other property that the client or third person is entitled to receive”).

Second, it is too late to respond to that dilemma once one has accepted the check.  The check typically purporting to be a cashier’s check, the “client” will expect that it be treated as same-day funds and the non-fee portion wired out promptly, 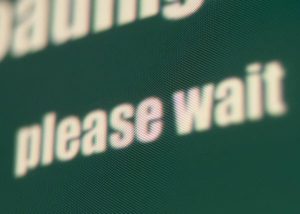 and the above-quoted ethical rule will appear applicable.

Third, to protect oneself through a blanket policy of not accepting internet-initiated or international matters is reminiscent of cutting off one’s nose to spite one’s face.  Global commerce creates many legitimate representation opportunities, and electronic communications are now the norm.

Likely the best policy is to make clear to such prospective clients at the outset that the firm will not accept payments on anyone else’s behalf via such “checks”, and then enforce that policy. If a “settling defendant” or other payer insists on making payment through the firm, insist that the funds be submitted by wire transfer.  Merely announcing those policies makes most illegitimate “clients” lose interest.