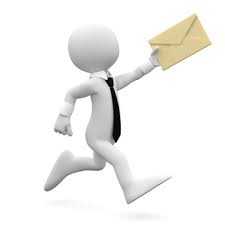 ABCs:  Court Issues a Primer on

Assignments for Benefit of Creditors

An assignee’s claim for compensation under an Assignment for Benefit of Creditors (“ABC”) trumps even a properly-perfected security interest under the Uniform Commercial Code (810 ILCS 5), a panel of the Illinois Appellate Court ruled recently.

In First Bank v. Unique Marble & Granite Corp., __ Ill.App.3d __, 938 N.E.2d 1154 (2010), the panel in the Second District issued a valuable primer on ABCs, an infrequently-used, but significant tool, for dealing with business insolvency. 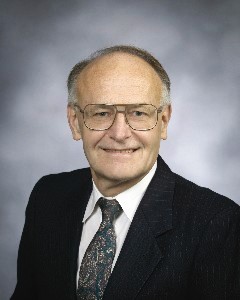 In First Bank, Unique Marble & Granite Corp. entered into an ABC but First Bank proceeded to judgment on its claim against Unique Marble nonetheless.  When First Bank sought to enforce the judgment by citation to discover assets, the assignee intervened and asserted a claim for compensation for his services under the ABC.  First Bank responded that it had a pre-existing, perfected “blanket” security interest in all the assets of Unique Marble and argued that that lien trumped the assignee’s claim.  The trial court agreed but the Second District reversed.

The appellate panel began its analysis by noting that “[a]n ‘assignment for the benefit of creditors’ is a voluntary transfer by a debtor of its property to an assignee in trust for the purpose of applying the property or proceeds thereof to the payment of its debts and returning the surplus, if any, to the debtor.”  An ABC ordinarily is an out-of-court remedy, which a debtor may choose instead of bankruptcy because ABCs “are less costly and completed more quickly”, the court observed.  It said such an assignment is “a unique trust arrangement in which the assignee (or trustee) holds property for the benefit of a special group of beneficiaries, the creditors.”

Absent some defect in the creation of the assignment itself, an ABC passes legal and equitable title to the debtor’s property from the debtor to the assignee.  Moreover, the court noted, such an assignment is valid without the consent of any of the debtor-assignor’s creditors.  Generally an assignee (and his or her attorney) is entitled to compensation for his or her services.

An assignee under an ABC is charged with respecting competing claims upon the assigned assets much the same as a court would.  Thus, if a mortgagee or other creditor has a properly perfected priority claim to an asset under general law, that claim carries over to the assignee’s disposition of the asset or its proceeds.

However, in First Bank it was the assignee’s claim for compensation which came into conflict with the secured creditor’s lien, and the law on that conflict was unclear.  Analyzing that issue, the court noted that an ABC is perfected as a security interest upon attachment and “[n]o filing or other action is required to perfect an assignment for the benefit of creditors.  These assignments are not financing transactions, and the debtor ordinarily will not be engaging in further credit transactions” (citing 810 ILCS 5/9-309, and official comment thereto).  Because the bank’s lien was perfected some 4 years before the ABC was executed, absent a special rule, the security interest would trump the assignee’s claim for compensation.

After surveying various legal provisions, the court said that an assignee cannot be

required to forgo the payment of the reasonable fees and costs of administering the assignment until perfected security interests have been fully satisfied because “if assignees were required to forego payment in favor of perfected security interests, no assignee would take on the task of liquidating assets, and assignments for the benefit of creditors would cease to be available as an efficient method of maximizing the liquidation value of troubled companies”.  Noting the common-law basis for ABCs, the court reasoned that “[i]f the General Assembly, in enacting the U.C.C., had intended to foreclose this common-law right, it would have, in our view, clearly and explicitly set forth in the statute that a perfected secured creditor such as First Bank has priority over the assignee’s right to fees and expenses.”  Because the legislature did not so stipulate, the court found that the assignee was entitled to compensation from the assets subject to the bank’s prior lien.

Several observations inspired by this decision can be offered. 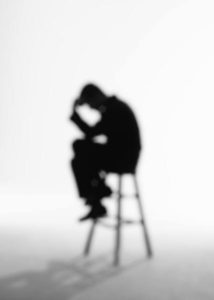 First, the decision easily could have gone the other way, and in the long term may be held incorrectly decided.  The court’s reasoning that the statute should have been explicit if it intended to override ABCs is reminiscent of the doctrine under which statutes in derogation of the common law are strictly construed – but by statute the U.C.C. is to be liberally construed (810 ILCS 5/1-103(a)).

Second, nothing in First Bank changes the fact that ABCs generally will only work with entities.  This is because a key difference between ABCs and bankruptcy is that bankruptcy results in a discharge of debt but ABCs do not.  The discharge is critical for individuals, because they live on after insolvency and need its protection.  In contrast, Chapter 7 results in no discharge for a corporation but contemplates that the corporation will simply be dissolved at the end of the bankruptcy.

Fourth, First Bank illustrates there are advantages to bankruptcy besides the discharge – including, perhaps most importantly, the automatic stay.  ABCs contemplate an out-of-court process with the assignee in charge – but the assignee can impose no sanction if, as in First Bank, a creditor chooses to go to court instead.  The assignee is left to ask the court to enforce his or her rights – which generally it will do, but the simplicity and efficiency of the out-of-court scheme can be lost.

Fifth, First Bank does nothing to assuage the dislike which junior creditors may find with the ABC process.  Unlike bankruptcy, the threat of criminal prosecution does not hang so clearly over the head of a debtor who executes an ABC, and the assignee is unlikely to give potential preferences, hidden assets and fraudulent transfers the attention which they would receive in bankruptcy.  That the assignee is selected by the debtor also presents questions of disinterestedness and disincentive to question the debtor’s account.  Bankruptcy, with all its problems, thus may bring a degree of credibility to the process which an ABC may not.