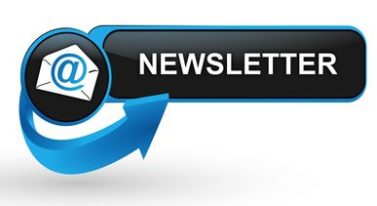 Ruling in Old Second Nat’l Bank v. Jafry, 2016 IL App (2d) 150825, the majority said those principles applied even when the purchaser at the foreclosure sale was the foreclosure plaintiff.

In Old Second, the bank received a foreclosure judgment of $1,362,329.  It then was the successful bidder at the foreclosure sale with a bid of $900,000.  The court confirmed that sale, and, with additional expenses, entered a deficiency judgment of $577,876.  The bank then sold the property for $1,320,000.  The former mortgagor then sought to reduce the deficiency judgment by the bank’s profit of $420,000.

The majority rejected that attempt.  “No one disputes that, when a mortgagor resells a property for less than it paid at the judicial sale, it may not recover the difference in enforcement proceedings against the mortgagor,” the panel said.  “When the mortgagor-mortgagee relationship ends with the judicial sale, the debtor loses any input over how the property will be maintained, and thus he faces no liability for potential losses incurred by the lender.  The debtor is neither liable for future losses nor entitled to future gains.”

Mortgagors who fear the mortgagee will obtain a windfall in purchasing the property at a judicial sale may attempt to sell the property themselves before foreclosure or may challenge the confirmation of the sale, the panel stated.

Where both spouses have signed a mortgage of their entireties property, foreclosure may proceed even if only one of the spouses is liable on the underlying note, a panel in the Appellate Court’s Third District has ruled.

In OneWest Bank FSB v. Cielak, 2016 IL App (3d) 150224, the spouse not liable on the underlying note attempted to use the rule on tenancy by the entireties to prevent foreclosure on the marital home to pay off a note only the husband had signed.  Citing 735 ILCS 5/12-112, the panel recognized that holding title by the entireties generally “protects a spouse against having his or her homestead property sold to satisfy the debts of the other spouse.”

However, the panel said, that rule does not apply to consensual liens created by both of the spouses.  “[T]he Cielaks granted a consensual lien on their real estate by mortgaging their property to secure payment of the loan to Michael,” the court said.  “Because both are obligated under the lien, their real estate is not protected by their ownership of the property as tenants by the entirety.”

A panel of the Appellate Court in Chicago has rejected a debtor’s argument that the Illinois Mortgage Foreclosure Law (735 ILCS 5/15-1101 et seq.) violates due process through its use of the short-form complaint which incorporates allegations set forth in the statute but not in the complaint.

In Well Fargo Bank N.A. v. Bednarz, 2016 IL App (1st) 152738, the panel said the debtor lacked standing to make a facial challenge to the law because he was not in immediate danger of sustaining a direct injury as a result of enforcement of the statute.  Regarding his argument that the form complaint left debtors “unaware” of the deemed allegations of 735 ILCS 5/15-1504(c), the panel noted he had not alleged that he was misled by the procedure.

The panel also rejected Bednarz’ argument that the law violated constitutional separation-of-powers principles.  The essence of this challenge was the theory that the legislature invaded the judiciary’s province by providing what would be sufficient in stating a claim.  “A procedural statute enacted by the legislature will be deemed an unconstitutional infringement upon the powers of the judiciary only where that statute irreconcilably conflicts with a rule enacted by our supreme court on a matter within the court’s authority,” the panel said, concluding that the Mortgage Foreclosure Law did not “unduly encroach upon the judiciary’s function or conflict with any of the supreme court’s rules.”