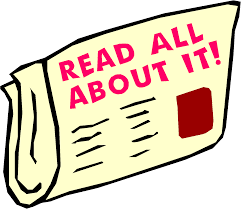 Contractual ambiguity may allow consideration of extrinsic evidence to clarify those portions of “integrated” contracts that are unclear, but it does not open the flood gates for consideration of parol evidence on other points or to establish entirely new terms.

►        Said that “[w]hen a contract expressly incorporates specific extrinsic materials by reference, the proper inference is that other, unmentioned extrinsic agreements are not part of the contract” (court’s emphasis);

are such that, if agreed upon, they certainly would have been included in the document in the view of the court, evidence of their making should be kept from the trier of fact;

►        Said that a party’s promise to make a good-faith effort to meet a purchasing target did not require it to adhere to a business model that protected the other’s interests even in the face of a significant business downturn, at least where the contract identified such a downturn as a factor which might cause it not to meet the goal;

►        Construed as Illinois law Appellate Court decisions that a party who made a statement which at that time was true, but who subsequently acquires new information which makes the former statement untrue or misleading, must disclose such information to anyone whom he knows to be acting on the basis of the original statement.

In Druckzentrum, Motorola had a plant in Germany where it

assembled Chinese-manufactured phones with locally-printed manuals for shipment to Europe, the Middle East and Asia.  It signed a contract in which it promised to make a good-faith effort to purchase 2% of its global printing needs from Druckzentrum, a local printer.  After suffering a dramatic downturn in cell phone sales, Motorola cancelled the contract and consolidated its assembly operations in China.  Druckzentrum alleged Motorola had breached the contract and had committed fraud in the inducement.

Much of Druckzentrum’s case turned on the contention it had

been promised an exclusive right to Motorola’s printing business for Europe, the Middle East and Asia.  However, the contract contained no such promise, and it contained an “integration” or “merger” clause providing that “[t]his Agreement is the entire understanding between the parties concerning this Initial Award and supersedes all earlier discussions, agreements and representations regarding this Initial Award.”

Druckzentrum sought to get around the merger clause with an argument that the contract could not in fact be treated as the entire agreement because it explicitly referenced certain extrinsic materials.  This led to the court’s ruling that a contract’s express incorporation by reference of certain material implied that other, unmentioned extrinsic agreements were not part of the contract.

Moreover, the court said the alleged exclusivity term was

allegedly “one of the key benefits of the deal” and “[i]f the parties truly contemplated that Motorola was making such a critical promise, they certainly would have included it in the written contract.”  Accordingly, evidence of the alleged exclusivity promise was properly excluded under § 2-202 of the Uniform Commercial Code (810 ILCS 5/2-202) and comments thereto.

Druckzentrum next argued that the contract was ambiguous, but the court said it was not ambiguous on the points at issue.  “[C]ontractual ambiguity may allow consideration of extrinsic evidence to clarify those portions of the contract that are unclear,” it said.  “But it does not warrant a conclusion that the contract is not fully integrated such that evidence of prior agreements can be used to import entirely new terms” (court’s emphasis).

The court then dealt with the argument that Motorola had breached the contract by consolidating operations in China.  Noting that the contract only promised a good-faith effort to purchase 2% of Motorola’s printing from the German firm, the court said bad faith occurs when “a provision [is] invoked dishonestly to achieve a purpose contrary to that for which the contract had been made.”  Finding no evidence of such bad faith by Motorola, the court rejected the claim of a breach of the good-faith effort clause.

Druckzentrum next argued there had been fraud in the inducement because during the price-negotiation stage Motorola issued updated forecasts in a format different from earlier sales projections, and the format change made comparison difficult.  The court said the duty to disclose newly acquired information does not include a duty to use exactly the same format for the disclosure.

The best-efforts obligation implied in an otherwise-silent exclusive-distributorship contract apparently does not require the supplier to “police all his distributors in order to make sure that none of them sell in any territory in which the supplier has created an exclusive distributorship”, according to a recent Seventh Circuit Court of Appeals opinion.

The observation in TMG Kreations, LLC v. Seltzer, 771 F.3d 1006 (7th Cir. 2014), is arguable dicta because the court ultimately ruled that the objecting party had failed its burden of proving an implicit term limiting non-Japanese distributors from reselling in Japan. However, look for it to be cited as controlling because if the common-law duty extended to resales it presumably would have constituted an “implicit term” under the later portion of the opinion.