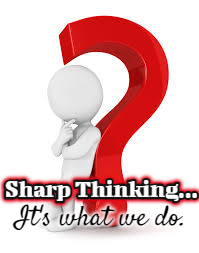 A sales representative contract which was terminable only by the mutual agreement of the parties was a contract of indefinite duration and hence terminable at will, a panel of the Appellate Court in Chicago has ruled.

the court relied on Supreme Court precedent that perpetual contracts are contrary to public policy.  “[A] contract terminable only upon the written agreement of the parties is indefinite because you cannot foresee when that will happen and it may never happen, and therefore it is of an indefinite duration”, the court said.

Anticipatory Repudiation Must Be Specifically Pleaded

“[A]nticipatory repudiation of a contract involves a distinct theory of relief” and is not covered by a party’s general breach-of-contract pleading, according to a panel in the Appellate Court’s Second District.

Ruling in Kelly v. Orrico, 2014 IL App (2d) 130002, the panel said that “[b]ecause plaintiffs’ pleadings failed to allege that defendants had anticipatorily repudiated the contract by exhibiting a clear manifestation not to perform, any proof submitted to support an anticipatory repudiation was defective, and plaintiffs cannot succeed on such proof.”

Reversing judgment for the plaintiffs, the court noted plaintiffs had not sought leave to amend the pleadings to conform to the proof.  Alternatively, the panel ruled that the proof on the anticipatory repudiation issue was ambiguous and was insufficient to “reveal a clear manifestation of an intention to defeat the contract.”

It’s a problem that surfaces more frequently than it should:  The parties to a transaction structure their contemplated agreement with a host of narrative terms set forth in the text of the agreement but with a list of assets or other aspects to be set forth on “Exhibit A attached hereto”.  They then finalize the text of the agreement, and execute it, but with no Exhibit A attached.  The terms of Exhibit A are typically material.  Have they made an enforceable agreement?

A recent case from the Appellate Court’s First District provides guidance on how to handle this problem.  It suggests: 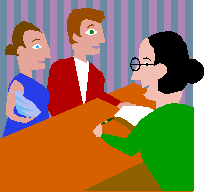 Refusing to accept authority that an agreement must be definite and certain enough on its face to allow the court to enforce it, Kay sides with federal authority that “(t)he fact that a contract is incomplete, presents interpretive questions, bristles with unresolved contingencies, and in short has as many holes as a Swiss cheese does not make it unenforceable for indefiniteness.”  This is particularly so where, as in Kay, the parties’ conduct post-closing indicated that a contract had been made.

“Unconscionability” Ruled To Be A Question Of Law

“Whether a contract is unconscionable is a question of law to be decided by the court, not a jury,” the Seventh Circuit Court of Appeals held recently.

Affirming summary judgment in favor of a construction contract bonding company on its indemnity claim against the guaranteed construction company, the court said the trial court was correct in not sending the contractor’s unconscionability defense to a jury.

unconscionability and substantive unconscionability as grounds for attacking a contract (see Sharp Thinking No. 92 (June 2013)), it found there to be no merit under either ground.  Noting that the contract gave the surety the power to settle with bond claimants upon the contractor’s default and that it promised that the contractor would indemnify the surety for such settlement payments, the court said that “Hanover did exactly what it was empowered to [do] by the Agreement.  We cannot call that bad faith.”  Hanover Ins. Co. v. Northern Bldg. Co., 751 F.3d 788 (7th Cir. 2014).

Hanover relied upon federal precedent in deciding that unconscionability was a question of law for the court, and the reader fairly may wonder whether the same principle necessarily holds in state courts.  For a recent state-court indicating that it does, see Fuqua v. SVOX AG, 2014 IL App (1st) 131429 ¶ 36.