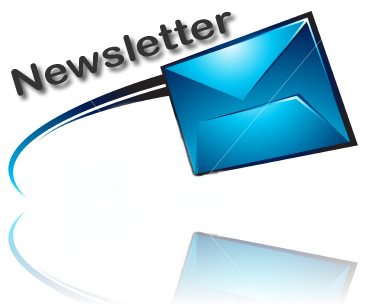 Illinois home buyers do not waive their rights under the Residential Real Property Disclosure Act (765 ILCS 77) by closing the transaction despite omissions on sellers’ disclosure form, a panel in the Appellate Court’s Fourth District has held.

Relying upon a prior case holding that a buyer’s right to receive a report prior to closing cannot be waived, the panel held that buyers cannot waive the seller’s failure to answer certain questions on the form either.  Messerly v. Boehmke, 2014 IL App (4th) 130397.

Ruling that the statute’s “mandatory language requires the seller to complete the entire form,” the court said the buyers’ “claim is not defeated because they continued with the closing, as such an outcome would allow defendant to fail to perform his duty to complete the entire disclosure form with impunity.”

The panel also ruled that the seller could be liable for his failure to provide complete information on the questions answered on the form.  “A seller who discloses some information can be subject to liability under the Act if the seller knows the information disclosed contains a material error, inaccuracy, or omission,” it said.

In In re Application of County Treasurer, 2013 IL App (1st) 130463, the tax sale purchaser included in its notice the township (Hyde Park) but not the municipality (Chicago).  Rejecting an argument that the omission was immaterial, the court said that “under the strict compliance standard it is irrelevant whether any owner, occupant, or other interested party is misled by a defect in a notice.”  It affirmed a trial decision refusing to grant the tax deed.

In In re Application of Douglas County Treasurer, 2014 IL App (4th) 130261, the panel affirmed in relevant part a trial court order vacating the granting of the tax deed, because a claimant had not been properly notified.  It said the claimant’s interest under a will in probate constituted a recorded interest for purposes of the statute, and that the tax purchaser had not fulfilled its duty to conduct an inquiry “as full as the circumstances of the situation will permit.”

A closing escrow agent owes only limited duties to financing investors who conclude their arrangements with the to-be property owner outside of the HUD-1 Settlement Statement, the Court of Appeals for the Seventh Circuit has held.

In Edelman v. Belco Title & Escrow, LLC, __ F.3d __, 2014 WL 1646952 (7th Cir. 2014), investors in a real estate development transferred their funds to the developing entity and received what purported to be a first mortgage outside of the closing which was conducted by a title company owned by the developing entity’s attorneys.  The investors never had any direct contact with that title company, which was aware that there in fact was a prior mortgage upon the property.  The investors claimed the title company owed them a duty to disclose that their mortgage in fact would not be in first position.

Noting that under Illinois law “an escrowee, like a trustee, owes a fiduciary duty to act only according to the terms of the escrow instructions,” the court rejected plaintiffs’ claim.  “The plaintiffs entered into a loan agreement and handed over the cash directly to the borrowers without first ensuring that they were actually getting what they paid for,” it said.  “Illinois law does not hold [the escrow agent] responsible for the plaintiffs’ interests under these circumstances.”

No Homestead Exemption For Non-Titled Spouse

A spouse who is not on title to property, but is the spouse of the titleholder and maintains the property as her primary place of residence, cannot claim the homestead exemption under 735 ILCS 5/12-901, a panel in the Appellate Court’s Second District has held.

Ruling in GMAC Mort., LLC v. Arrigo, 2014 IL App (2d) 130938, the panel appeared to accept the proposition that “mere possession is insufficient to allow a nontitled spouse to claim the homestead exemption.”  It distinguished Brod v. Brod, 390 Ill. 312 (1945), because “the couple in that case owned the property as joint tenants.”

No Inquiry Notice For Vendor’s Lien

Illinois recognizes the equitable vendor’s lien which arises when one pays for real estate but does not receive it, but the concept of inquiry notice will not be applied to subject third parties to such liens, a panel in the Appellate Court’s Third District has held.

Ruling in Stump v. Swanson Dev. Co., 2014 IL App (3d) 110784, the panel rejected an argument that a bank was on inquiry notice of the vendor’s lien and that its failure to investigate defeated its attempt to be a “bona fide purchaser” by virtue of its mortgage loan claim upon the property.

Noting that equitable vendor’s liens are disfavored, because “these secret liens on real estate often produce injustice” if applied to third parties, the court said it found no legal or equitable justification for applying inquiry notice to vendor’s liens.  “We, therefore, hold that the concept of inquiry notice is not applicable to equitable vendor’s liens and that the only time – if at all – a purchaser of a property interest who is a stranger to the original transaction can be burdened with the original vendee’s equitable – essentially moral – obligation . . . is when the subsequent purchaser or mortgagee for value has actual knowledge about the prior purchase that would render his own purchase or mortgage tantamount to complicity in fraud,” the court said (court’s emphasis).